Posted by tvernile on Monday, 31 March 2014 in Air Quality

L.A.'s Air is Getting Dirtier 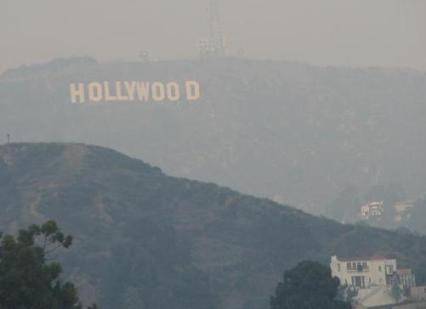 Images of Rodeo Drive or the Hollywood Sign are getting hazier by the day, and the long-term drought across the Southwest is a culprit.

As a dry pattern prevails across all of California, rain refuses to fall and snow cover in the higher elevations has been so thin that residents are worried their source of drinking water in the summer months will be at risk. When there's no precipitation to clear the air, a nasty haze hovers in the valleys of southern California.

"The West Coast has been dominated by a persistent weather pattern since last year with the jet stream staying far to the north, preventing moisture-laden Pacific storms from affecting California," said weather.com meteorologist Chris Dolce. "Unfortunately, it appears this pattern will persist through the end of January with no significant precipitation in the forecast."

This has led to officials issuing additional no-burn alerts, according to a Los Angeles Timesreport. Residents are no longer allowed to burn wood in their fireplaces, and outdoor burn bans were already in place due to the threat of any spark causing a major wildfire.

Still, clinics are treating more patients than normal who have breathing problems and other pollution-related ailments, the Times also reported.

It's more bad news in an area that already ranks lowest in air quality on a near-annual basis. Los Angeles has topped a national list of cities with the worst air pollution in 13 of the last 14 years, according to an ABCNews.com report.

"If the month concludes with no rain in Los Angeles, January 2014 would join only four other Januarys in the last 100 years that no rain was recorded in the city," said Dolce. "January is typically one of the two wettest months of the year in Los Angeles."

California isn't the only state suffering: Areas all over the West are experiencing air quality problems due to the lack of precipitation. Northern Utah is also under a health alert, according to the Associated Press, as officials have banned wood-burning and asked residents to drive less.