Posted by lillianbarbeito on Friday, 04 April 2014 in Biofuels 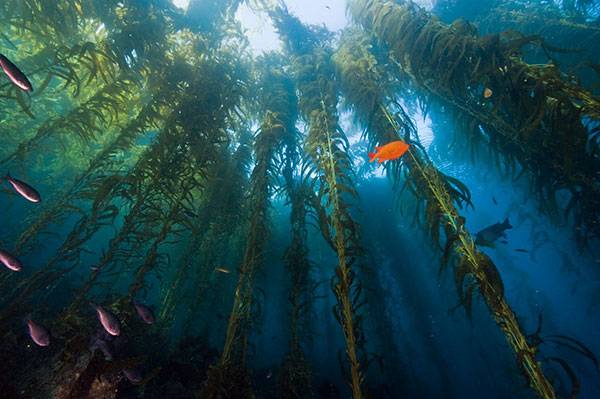 Harvesting seaweed ‘forests' and feeding them into large underwater digesters could one day meet the world's energy needs, with nine per cent of the ocean floor being enough to replace fossil fuels entirely, according to an ambitious idea.

Even a more immediate and realistic use of seaweed — a major untapped resource —  would greatly increase the self-sufficiency and sustainability of small island states, but limited investment is preventing the roll-out of relevant technologies, marine biofuel experts have said.

Using wild or farmed seaweed to fuel anaerobic digesters could provide local communities with abundant energy through biogas as well as producing fertiliser, according to Antoine N'Yeurt, a researcher at the Pacific Centre for Environment and Sustainable Development at the University of the South Pacific, Fiji.

"These applications will reduce the dependency of small island countries on imports and build much more sustainable societies," he told SciDev.Net on the sidelines of the 2014 Ocean Sciences Meeting in Hawaii, United States, last month (23-28 February).

"This technology could become widespread as soon as there is funding to scale it up."

Anaerobic digestion is a well-established technique that produces methane and a rich by-product ideal for fertiliser by fermenting a range of organic matter.

But work was needed to identify the conditions and equipment required to optimise the method for marine biomass, said N'Yeurt.

He began a pilot project in Fiji in January — the first attempt to use seaweed for biofuel production in the Pacific region, he said — to achieve just this, using a US$200 digester designed for a family that is ideal for poor and isolated communities.

But with much of the US$10,000 grant being spent on laboratory work, he said, more funding was needed if the technology were to become widespread.

Small-scale operations are perfect for Pacific islands, according to N'Yeurt, but, along with a collective of professors and researchers called the Ocean Foresters, he sees this technology as having worldwide importance.

Underwater forests
Mark Capron, president of PODenergy, a company exploring the use of algae as an energy source, who presented the group's ideas at the conference, envisages a world where seaweed can meet the world's energy needs without adding to carbon emissions.

Giant balloon-like anaerobic digesters on the seabed could use the natural pressure of the deep ocean to speed up the fermentation that leads to biogas production, fed by vast cultivated forests of seaweed, he said.

Covering nine per cent of the ocean floor in these forests could provide enough energy to replace fossil fuels, while removing carbon from the atmosphere and increasing fish stocks by replacing bare ocean floor with a more-productive ecosystem, he says.

While some delegates were sceptical about this proposed scale, which Capron himself admits is "rather optimistic", there has been interest in his idea.

For example, feasibility studies have been published in a peer-reviewed journal and his ocean forestation scheme was a finalist in a competition run by Climate CoLab — a crowdsourcing platform for climate change solutions run by the Massachusetts Institute of Technology, United States.

If this dream is to become a reality, governments and donors must drop their reluctance to support the pilot projects required to take the technology from theory to practice, said Capron.

Alex Golberg, a research fellow at Massachusetts General Hospital, United States, who has published a paper on using seaweed for biofuel production, agrees that governments have a crucial role to play in the technology's development.

Governments must be prepared to build a solid foundation by supporting demonstration projects and further research before private companies step in to scale up the technology, he tells SciDev.Net.

Apart from financial issues, the technology is "ready to go" in small communities, he says. His research suggests that the process becomes more efficient at smaller scales, making it ideal for isolated Pacific communities with abundant seaweed.

But the technique has yet to be proven on large scales, so Capron's idea is still a long way from reality, he adds.