Posted by Calle on Thursday, 03 April 2014 in Clean Technology 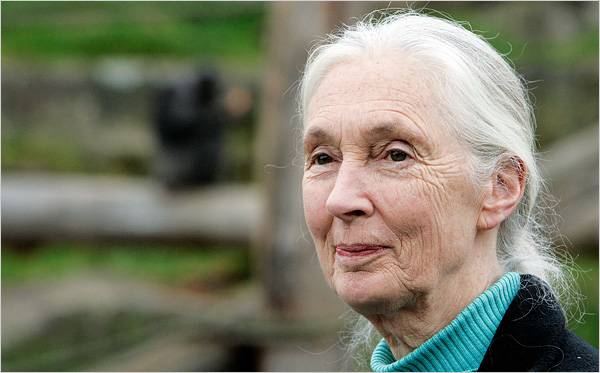 Over my 80 years I've seen incredible change. Technology can be a force for conservation.

It is hard for me to believe that I will have lived on planet Earth for 80 years as of this Thursday. I was born on April 3, 1934 and the world has changed in almost all ways possible.

I write this article from a laptop computer while flying in an airplane to Nebraska, where I visit every year to see the migration of the majestic Sandhill cranes. My assistant is holding her cell phone and iPad. I Skyped with my son and grandchildren in Tanzania before breakfast, and sent emails to China, Australia and Nepal. All around me the world is tweeting, texting and using Facebook like crazy. It's all about technology today.

Taken for granted now, such technology would have been considered science fiction when I was young. Televisions and computers hadn't been invented. I still remember my first trip to Africa from my native England when I was only 23 years old; traveling for weeks in a boat that had no phones, let alone email.

When I first started studying the chimpanzees of Tanzania's Gombe National Park, communication from Africa meant sending letters in the mail and waiting weeks for a response. There were telegrams but they were very expensive. Now I can be connected in seconds with people in some of the world's remotest places.

While I analyzed my early field work by hand with the help of a slide rule, today conservationists use sophisticated computer software to determine things like the DNA profiles of wild chimpanzees. My organization, the Jane Goodall Institute, partners with innovative groups such as Google Earth, Esri, and others to use technological tools to map and monitor changes to chimpanzee habitat in real time. We are also employing local villagers to use Android tablets to record illegal activities in the forests where chimpanzees live. Advances like these are capable thanks to the explosive development of the human intellect — one of the characteristics that separates us from the chimpanzees.

Why is someone who turns 80 years old going on-and-on about technology? Because I believe strongly that it can — and must — be used as a force for advancing the work of environmental conservation.

I am often asked: "When will you retire?" The answer is I shall continue to carry my message as long as I am physically able to raise my voice in support of planet Earth. I still travel around the world some 300-days-per-year to raise awareness about the threats to our children's future. I hope the fight to try to make this a better world for all — people and animals — will continue after I am long gone. But I need your help now and I'm increasingly inspired by the role technology — and especially young people's mastery of it — can play to extend our voices and ideas in support of environmental stewardship.

From rural villages in Africa to megacities in Asia and everywhere in between, the damage that humans have inflicted on the natural world is apparent. We are seeing the sixth great extinction of animal species, chimpanzees are endangered, and many people are suffering the effects of pollution and climate change, which a new United Nations study this week says impacts every corner of the globe and threatens our future. The list goes on and on.

Why is it that the most intellectual creature to have walked the Earth — humans capable of amazing advances — are also destroying our only home? So many people, thinking of the mess we are in today, feel helpless and hopeless, so they do nothing. You can't blame them.

Technology alone will not solve every problem, but it is part of the solution. Let's use technology as a way to amplify our voices in support of the environment. Let's turn to Facebook, Twitter and the myriad other ways to connect and strategize with likeminded individuals about how to make this world better. Let's use technology to extend the reach of our personal influence in support of the planet we love.

You cannot get through a single day without having an impact on the world around you — for better or for worse. What you do makes a difference. Technology can help us all make a positive difference.

Jane Goodall, Ph.D., DBE, is the founder of the Jane Goodall Institute and a U.N. Messenger of Peace.