Posted by tvernile on Thursday, 03 April 2014 in Climate Change 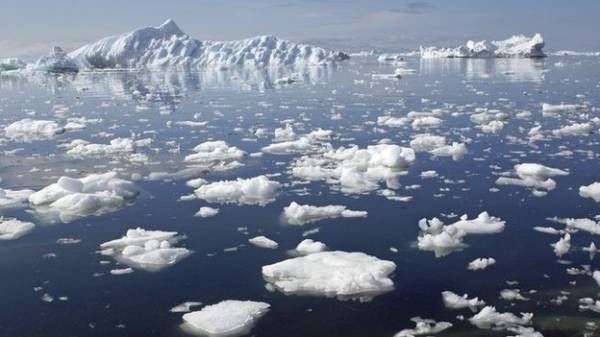 The length of the melt season for Arctic sea ice is growing by several days each decade, and an earlier start to the melt season is allowing the Arctic Ocean to absorb enough additional solar radiation in some places to melt as much as four feet of the Arctic ice cap’s thickness, according to a new study by National Snow and Ice Data Center (NSIDC) and NASA researchers.

Arctic sea ice has been in sharp decline during the last four decades. The sea ice cover is shrinking and thinning, making scientists think an ice-free Arctic Ocean during the summer might be reached this century. The seven lowest September sea ice extents in the satellite record have all occurred in the past seven years.

"The Arctic is warming and this is causing the melt season to last longer," said Julienne Stroeve, a senior scientist at NSIDC, Boulder and lead author of the new study. "The lengthening of the melt season is allowing for more of the sun’s energy to get stored in the ocean and increase ice melt during the summer, overall weakening the sea ice cover."

When ice and snow begin to melt, the presence of water causes spikes in the microwave radiation that the snow grains emit, which these sensors can detect. Once the melt season is in full force, the microwave emissivity of the ice and snow stabilizes, and it doesn't change again until the onset of the freezing season causes another set of spikes. Scientists can measure the changes in the ice’s microwave emissivity using a formula developed by Thorsten Markus, co-author of the paper and chief of the Cryospheric Sciences Laboratory at NASA’s Goddard Space Flight Center in Greenbelt, Md.

Results show that although the melt season is lengthening at both ends, with an earlier melt onset in the spring and a later freeze-up in the fall, the predominant phenomenon extending the melting is the later start of the freeze season. Some areas, such as the Beaufort and Chukchi Seas, are freezing up between six and 11 days later per decade.