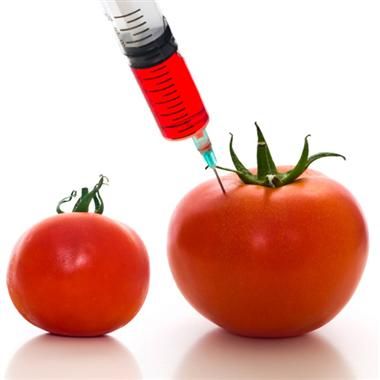 Voters in California will decide on a proposal next month that would require the labelling of most foods made with genetically modified ingredients.

Proposition 37 is supported by the organic industry but many major food suppliers oppose it saying it will drive up prices.

Around $40m is expected to be spent on campaigning with the majority coming from opponents.

But a recent opinion poll shows a clear majority in favour of the proposal.

There have been attempts in 18 states to change labelling laws on genetically modified foods via legislation. None have been successful.

But after a grassroots campaign that garnered more than a million signatures, the measure will be on the ballot paper in California for the first time next month.

If passed, the statute will require labelling on raw or processed food offered for sale to consumers if the food is made from plants or animals with genetic material changed in specified ways.

Foods containing these ingredients would be banned from using the word "natural".

Supporters say that consumers have a right to know. More than 50 countries around the world require labelling. Why shouldn't consumers in the US, the country with the largest proportion of their food containing GM?

"We already have food labels showing nutrition, allergy information and other facts consumers want to know. This measure simply adds information telling us if food is produced using genetic engineering," said the Yes on 37 campaign group.

Those who oppose the measure say it is unfair to single out GM as something that requires labelling and not include antibiotics, pesticides or hormones used in production.

The No on 37 group is supported by farmers, business groups and food manufacturers. Their spokesperson Kathy Fairbanks told BBC News that the overall impact of will be higher prices.

"Proposition 37 is a poorly written law that gives inaccurate and misleading information and will raise grocery costs for California families by up to $400 a year," she explained.

It is estimated that around $40m will be spent mainly on TV advertisements, in an attempt to convince people to vote for or against. The vast majority of the money, according to an analysis by independent researchers MapLight, comes from big biotechnology firms including Monsanto and Du Pont who, between them, have contributed around $12m.

Food is a complex and divisive issue in the United States. According to Dr Philip Howard from Michigan State University, labels don't always tell the full story. Organic producers for instance have in many cases been taken over by big food manufacturers such as Kraft, Kellogg and PepsiCo.

"You can stroll through the shelves in the interior aisles of stores with all the processed products," he told BBC News, "and well over half that are marked organic are going to be from big multinational companies."

He says that confusingly, some of the money spent on food labelled organic will be going to fight the GM labelling proposition in California.

"People who are buying organic foods are not realising that the money is flowing to big corporations, and the donations to both sides of the campaign are illuminating the future of the food system people really want to support."

Some commentators believe that the vote in California will have implications beyond the state. In an analysis of voter intentions that showed strong support for the measure, researchers at Oklahoma state university say the proposal could add to consumer confusion.

"Prop 37 could disrupt the flow of agricultural products to and from California and other parts of the United States and would lead to food companies having to deal with competing requirements in different parts of the country" the authors write.

Dr Philip Howard says that where California goes others will have to follow.

"As with other California labelling requirements, many manufacturers won't go to the trouble and expense of having separate packaging for other states," he said.

"Internationally the effect won't be as direct, but it is likely to encourage governments that don't already require labeling to adopt similar measures."