Posted by tvernile on Thursday, 10 April 2014 in Water Conservation

California Drought: What options are there for weathering the state's water crisis? 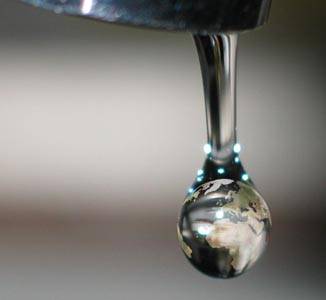 KPCC waded into the state's water crisis Wednesday, March 19. KPCC NEXT Science series host Matt Kaplan spoke with a panel that included a scientist, a policy expert and a water professional and asked them to weigh in on the problems facing California as it undergoes its most severe drought in decades.

Kaplan began by asking his guests whether the current drought in California is part of a regular cycle, or whether we're seeing a long-term trend toward less rainfall in the state. The panel also addressed whether the current trend has anything to do with climate change and whether we’re equipped, as a society, to meet the challenges of an extended drought.

UCLA geography, ecology and evolutionary biology professor Glen MacDonald, kicked off the conversation. MacDonald’s research looks at the causes and effects of climate change. He said the current drought transcends boundaries, but added that there is a "great big red bullseye" over California.

The vast majority of California is in what he called “severe” drought or “exceptional” drought. But the drought doesn’t end there; it creeps out across the southwest, over New Mexico and through portions of Nevada and Arizona.

MacDonald said you’d have to return to Native American times to experience anything quite like what California is facing now. More troubling, he said, is that there hasn’t been a year this century in which a large portion of the southwest wasn’t experiencing serious drought.

Despite all its challenges, what California has going for itself, MacDonald said, are its engineers, infrastructure, and technology — all of which give it the ability to look over the horizon to understand and address long-term climate variability.

UCLA Water Resources Group Director Madelyn Glickfeld  broke down the state's water system — a complex and increasingly costly patchwork of agencies and infrastructure. She pointed out that about 75 percent of Los Angeles County’s water agencies serve only about 250,000 of its nearly 10 million citizens.

She pointed out that there’s a ground basin beneath The Crawford Family Forum that’s as big as Lake Tahoe.

Only about a third of L.A.’s water comes from local sources. The rest is siphoned in from elsewhere. Hauling all this water, she said is the biggest electricity use in California. Moreover she said, we lose a lot of it through evaporation.

The reality: "There has never been a new drop of water created - all the water that is here now has been here for billions of years," Glickfeld said.

In 2007, Wattier said, Californians reduced their water consumption by up to 20 percent, following a similar campaign. Wattier says we can do that again because we're at the point where we cannot afford to wash water down the drain.