Posted by plantitfilm on Thursday, 28 June 2012 in Biofuels 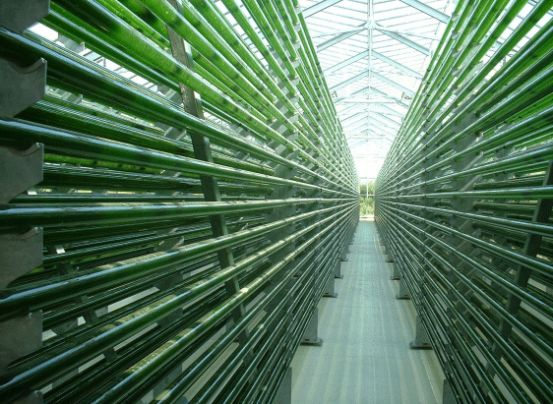 Algae, known to most of us as pond scum, is the most promising sustainable source of energy to meet the growing demand for juice to power everything from cars to factories, according to a major technical organization.

“There is not an infinite amount of oil in the Earth and we are using it quite rapidly,” William Kassebaum, a senior member with the Institute of Electrical and Electronic Engineers, the world’s largest technical professional organization, told me today.

While there’s plenty of debate over when the oil will run dry, “eventually we will need to find other sources to replace these hydrocarbon fuels,” Kassebaum, who is also CEO of Algaeon Inc., an Indiana-based algae producer.

In a statement issued Tuesday, the IEEE endorsed algae as “the best candidate to provide a sustainable energy source to meet increasing global demands.”

The potential of algae-based biofuel has long been known, but not seriously considered largely because making a barrel of the stuff was too expensive compared to traditional fossil fuels.

“Everyone understands that you have to be able to ship a product at a competitive price with fossil fuels,” Kassebaum said.

When the seminal research on algae-based biofuels was conducted in the 1970s, the price of a barrel of oil was around $20. Today, oil is around $80 with recent spikes over $100 a barrel, a price range where algae fuel producers believe than can compete.

Doing so, Kassebaum noted, will take major capital investment and perhaps government support to enable the industry to produce commercially viable quantities, but in the coming years he believes algae “will become part of the oil industry.”

The industry will still need to confront concerns such as water supplies  – perhaps by producing algae in parts of the country where water supplies are abundant, such as the Midwest, where Algaeon is located.

The Midwest, Kassebaum noted, is already rich with corn, much of it grown for ethanol.

In the IEEE statement, he noted that “An acre of corn can be used to generate 300 gallons of ethanol per year, while an acre of algae can produce 6,000 to 10,000 gallons of light sweet crude oil annually.”

Put that way, perhaps algae really is worthy of the endorsement.