Posted by tvernile on Monday, 05 May 2014 in Climate Change 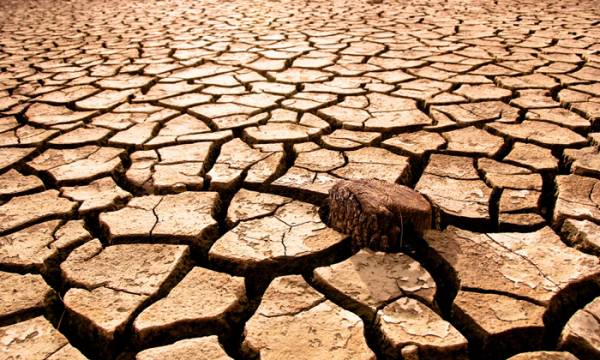 A new study has found that manmade global warming likely intensified an unusual weather pattern that led to both the California drought and the cold and snowy winter in the eastern U.S.

The study, accepted for publication in the journal Geophysical Research Letters, is the first peer reviewed research to examine the reasons behind a strong and stubborn area of high pressure, or a "ridge" in the upper atmosphere, across the Gulf of Alaska since November, and a sharp dip in the jet stream, or "trough," across the East.

In finding a tie to manmade climate change, the study is likely to spark further research and debate on this topic.

Until now, scientists have not had any evidence linking the occurrence of California's droughtto global warming, although other research has shown that climate change can worsen drought conditions once they are triggered.

The study, from researchers at Utah State University and the Pacific Northwest National Laboratory, found that the ridge in the North Pacific acted like a massive "detour" sign in the upper atmosphere, causing storms to bypass California, and dive into the Midwest and Northeast instead. This weather pattern, characterized by the Gulf of Alaska ridge and Great Lakes trough, is described as a "dipole" pattern.

The researchers used a sophisticated computer model from the National Center for Atmospheric Research (NCAR) in Boulder, Colo., to explore the weather pattern's links to natural climate cycles like El Niño and the Pacific Decadal Oscillation. Both involve changes in Pacific Ocean conditions and atmospheric pressure patterns.

What they found was surprising. This dipole pattern has occurred relatively frequently since the mid-20th century, but has become more intense since the 1970s — meaning the ridges and troughs have become wavier, much like ocean waves that are getting taller.

According to the study, the dipole event during the winter of 2013-2014 was by far the most intense recorded in the time period they studied. The study's finding that these patterns are intensifying — and that further intensification is likely — should worry California water managers, since such patterns are associated with drought in that state.

“This year is a wakeup call that an oscillation like this is important for California”, lead author Simon Wang of Utah State University told Mashable.

The study also found that the dipole seems to precede El Niño events by about one year. An El Niño event, characterized by warmer than average sea surface temperatures in the tropical Pacific Ocean, is currently forecast to develop by the fall.

Wang says the computer model accurately captured the relationship between the dipole and El Niño only after the manmade increase in greenhouse gases was included in its calculations. This suggests that global warming is boosting the strength of this dipole pattern, and is consistent with other research showing that climate change is altering the jet stream.

The researchers looked at how this weather pattern became established during the fall of 2013, and intensified into the winter. They found it had its origins in the Western Pacific, where a series of large, slow moving atmospheric waves known as Rossby waves originated, before moving across the North Pacific, where they spread their energy and helped to set up the dipole pattern.

Scientists not involved in the study were cautious about its conclusions — in part because it was based on one computer model, rather than comparisons between multiple models.

"Because results of the current study depend so heavily on what happens over the tropical Pacific — a region with often considerable differences across models — it is especially important that their results be examined and reproduced with multiple models," said Randall M. Dole, senior scientist at NOAA's Earth System Research Laboratory in Boulder. "It's not a bombshell, but it is worth pursuing further."

For his part, Wang said the model used in the study is best able to simulate El Niño events, which makes it better suited to a study like this. “We know this is a very good model in terms of simulation of El Niño evolution,” he said in an interview. “We’re pretty confident in the results.”

"This type of analysis addresses one of the most cutting-edge issues in climate science today: how is human-induced climate change interacting with and potentially affecting natural patterns of weather and climate variability?" Hayhoe said. She and Schmidt view the study as "certainly suggestive" but "not yet conclusive."

Article by: Andrew Freedman on Mashable.com