Posted by tvernile on Thursday, 15 May 2014 in Animals 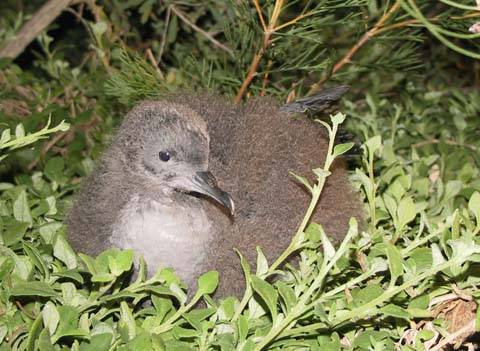 The stomach of fledgling mutton birds, or Short-tailed Shearwaters, on Victoria’s Phillip Island have been found to contain an average of  more than seven particles of plastic per bird – weighing some 113 mg.

This, says La Trobe University’s Dr Mark Carey, may affect the life cycle of this species and their reproductive success, and cause long-term harm to populations.

Dr Carey says while the plastic load of adult Short-tailed Shearwaters has been well researched and documented in the northern hemisphere, there has been little work on the amount ingested by their offspring.

The results of the research have just been published in Emu - Austral Ornithology, the leading scientific journal for ornithological research in the Southern Hemisphere and presented by Dr Carey to an international audience at the Australasian Ornithological Conference in Cairns.

Dr Carey, from the Department of Environmental Management and Ecology on La Trobe’s Albury-Wodonga campus, says pollution of the world's oceans affects a wide variety of marine organisms and raises major conservation concerns.

‘Ingestion of plastic debris has increased since the 1970s, particularly among birds that roam long distances like petrels and albatrosses, resulting in lethal and sub-lethal side effects.’

He says the most common type of debris found in the birds was widely used plastics, followed by industrial pellets. The birds also contained a small proportion of other refuse, such as polystyrene and plastic bag.

Seabirds ingest plastic because they confuse it with prey, says Dr Carey. ‘It can cause physical damage, or perforation, mechanical blockage or impairment of the digestive system, resulting in starvation.  Some plastics are also a source of toxic pollutants released during digestion.

Not junk food for dinner again!

Dr Carey says chicks appear to be at greater risk than adult birds. ‘When plastics are regurgitated by parents to chicks, the physical impact of the plastic and internal ulceration are likely to lower survival.

‘In addition, the chick receives less food, lowering its nutrient intake and increasing its chances of starvation.’

The Short-tailed Shearwater Puffinus tenuirostris  breeds on islands and headlands of south-eastern Australia.  Eggs hatch in late January after which parents begin feeding the chicks, and the birds migrate to the northern Pacific in April and May.

Dr Carey’s study was carried out at Cape Woolamai and recorded the stomach contents of newly washed up dead birds.

While no clear influence of ingested plastic on body condition could be demonstrated in the young birds, he says there was evidence of physical damage to the gizzard.

‘Our data suggests that an assessment of the effect of this type of pollution on seabird welfare is urgently required,’ says Dr Carey.