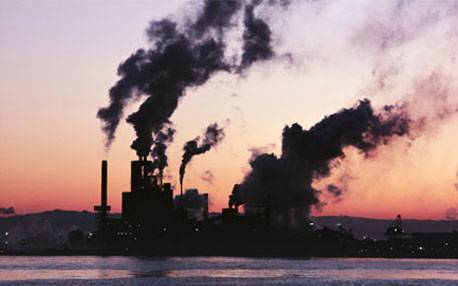 Today, the U.S. Environmental Protection Agency proposed new regulations for oil refineries that would reduce the amount of cancer-causing pollution these companies spew into the air throughout the United States.

The proposed updates include some needed improvements to prevent cancer and save lives such as:

“For the EPA to include fenceline monitoring and a fenceline air standard in today’s proposal is a very significant step and a win for communities,” said Lisa Garcia, Earthjustice’s VP of Health. “People who live near refineries—along with environmental justice advocates—have been demanding fenceline monitoring for years because they have a right to know what pollutants are being emitted at the fenceline.”

Earthjustice and the Environmental Integrity Project represented a number of community and environmental groups in Louisiana, Texas and California, in a lawsuit after the EPA missed its deadline to review and update toxic air standards for oil refineries by more than a decade. EPA recognized the need to perform this overdue rulemaking, and entered into a consent decree setting the rulemaking schedule.

The groups involved, although encouraged by a number of the proposed changes, will push for EPA to exercise its full authority to issue stronger health and safety standards before the rule is finalized in April 2015, including to incorporate key lessons learned on refinery safety and safer technologies and practices from enforcement cases and Chemical Safety Board investigations of recent accidents. After taking public comment and hearing from communities, community groups expect that EPA will need to finalize new standards that do even more to protect people from the real-world health risks and impacts caused by refineries.

The newly proposed standards, signed today came after Earthjustice and the Environmental Integrity Project filed a lawsuit on behalf of affected community groups in Texas, California and Louisiana. These groups include Air Alliance Houston, California Communities Against Toxics, Coalition For A Safe Environment (Wilmington, Calif.), Community In-Power and Development Association (Port Arthur, Texas), Del Amo Action Committee (Torrance, Calif.), Louisiana Bucket Brigade (La.), and Texas Environmental Justice Advocacy Services. For years, these groups have been fighting for stronger protection from refinery pollution, including the problems associated with flaring, malfunctions, and safety threats, and highlighting the need for communities to have better information about the toxic pollution in the air.  The toxic soup of substances emitted by oil refineries is linked to increased rates of cancer and other debilitating illnesses, neurological damage, birth defects, blood disorders and bronchitis. Oil refineries pose an unacceptable level of cancer and other health risks. Today’s rules, if finalized, are expected to save lives by reducing toxic pollution, including benzene and other carcinogens.

Across the U.S. in 2010, approximately 150 refineries in 32 states self-reported that they released at least 20,000 tons of hazardous air pollutants into local communities.

Hilton Kelley, executive director of the Community In-Power and Development Association based in Port Arthur, Texas, said the EPA standards should be a signal to communities to continue the fight.

“EPA took a step forward in getting to this point with these proposed standards,” he said. “We’ve got to keep pushing so that we make sure EPA does its job to get strong rules done and big oil corporations aren’t able to force us two steps back.”

Kelley said one of every five households in Port Arthur, Texas, where he lives, has a child suffering from asthma. “The EPA has got to move forward with a strong new rule. And they must stop companies from spewing dangerous levels of pollution into our communities,” he said.

“We are pleased that EPA has for the first time included fenceline monitoring and a fenceline air standard in a proposed rule. We must know what our fenceline communities are exposed to if we are to protect our health.”

Juan Parras, of Texas Environmental Justice Advocacy Services, said the disproportionately poor and communities of color in the Houston Ship Channel area are breathing toxic air daily from eight refineries in addition to a number of chemical plants. “The people in our communities have a right to breathe clean healthy air, and we need the EPA to do its job in protecting our health and the health of the environment,” he said.

Parras said the costs of toxic air are being passed on to the communities that are suffering the most from this pollution.

“The companies that own these refineries must be required to use more efficient technology to control toxins and monitor what they emit instead of passing the costs on to us through the high health costs our communities are bearing because of their pollution.”

Jesse N. Marquez, executive director of the Coalition For A Safe Environment, based in Wilmington, Calif., said he and other groups involved in the litigation that led to the updated standards will be urging EPA to set strong restrictions on flaring. He said, “It is important that EPA has recognized that there are serious problems with flaring, or burning waste gas at refineries.  EPA has proposed improved requirements on flared emissions so the EPA and communities will know more about what toxins are being emitted when refineries are flaring. It is essential for EPA to set strong requirements on flaring in the final rule.”

“By performing this rulemaking, the EPA is starting to take long overdue action to protect our kids,” Williams said.

“Too many generations of children living close to refineries have had to worry about refinery explosions and just breathing dangerous air from day one. They’ve started life with a higher risk of cancer and other serious illnesses, and now EPA needs to set strong national air rules to say, that’s just not okay anymore,” she said.

Anne Rolfes, of Louisiana Bucket Brigade, said:  “In Louisiana, 17 refineries reported 327 accidents in 2012. We desperately need the EPA to require strong monitoring systems, tougher controls and improved accountability so these companies are forced to upgrade their pollution control technology and follow the law.”

Cynthia Babich, executive director of Torrance, California-based Del Amo Action Committee, said she will be looking to see if EPA will finally start to address the real-world health risks faced by children and communities living near refineries.

“People who live near refineries are generally faced with multiple sources of contaminants from other polluters besides refineries, like chemical plants,” she said. “We will be carefully reviewing EPA’s risk assessment, which we expect will underestimate the health risk communities have to face daily, in the real world. And we will be looking to the EPA to exercise leadership and finally incorporate the current science on health risk from toxic air pollution to make sure communities get the full protection we need.”

“EPA’s proposal today is important because it will finally give communities the ability to know more about the toxic pollution going into their air,” said Earthjustice attorney Emma Cheuse. “Now, EPA needs to hear from everyone who cares about equal protection from air pollution that EPA needs to finalize strong new safeguards because all of our kids deserve clean air, including kids living nearest to dangerous polluting industrial sources like refineries.”

Sparsh Khandeshi, an attorney with the Environmental Integrity Project, said: “EPA’s proposed requirement for fenceline monitoring is greatly needed and will help identify toxic emissions from leaks and other sources that are not directly monitored. This monitoring will help target further reductions and provide valuable information about exposure levels to downwind communities.”