Natural Grocers to source dairy products only from pasture-raised cows 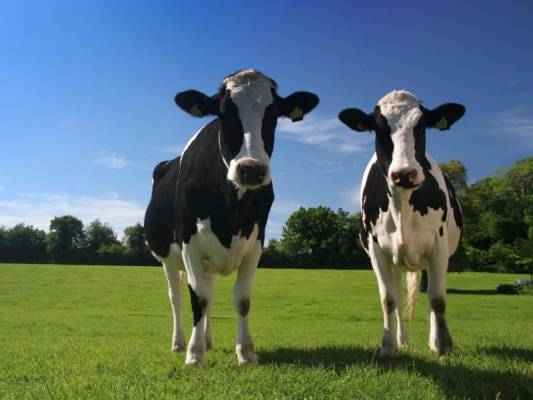 Pasture-grazing animals will become the sole source of all dairy products sold at stores operated by Lakewood-based Natural Grocers by Vitamin Cottage.

The new policy reflects a growing desire by consumers to know the source of their food and the conditions used to produce it, food industry analysts said.

Natural Grocers began implementing the pasture-raised program this month at its 85 stores and expects to have all dairy products converted by next April. Items made from the milk of cows, goats and sheep kept in confined feeding operations will be phased out.

"We know from consumers that one of the things very important to them is food quality and how their food is raised, especially with dairy products," said Heather Isely, executive vice president of Natural Grocers. "The first image that comes to them is a cow out in pasture."

Dairy cattle raised as organic must be pasture-grazed for at least 120 days a year under standards adopted in 2010 by the U.S. Department of Agriculture.

But non-organic dairy products — even those marketed as "natural" — may come from animals that spend most of their lives in enclosed structures.

Natural Grocers earlier this month began removing yogurt that is sourced from non-pasture dairy operations. Other products such as cheeses and goat milk will be converted in coming months. All of the chain's cow milk is organic and thus already complies with the pasture-raised standard.

Isely said small price increases may occur as a result of the change.

Organic industry consultant Dave Carter noted that Natural Grocers won't be able to source all of its dairy products locally because of relatively scant pasture in Colorado.

"That's a major challenge we face because we have a shorter pasture season than states in the southern Midwest and the Southeast," he said.