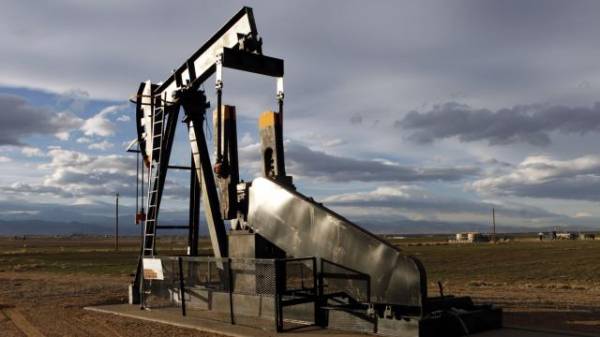 Energy Information Administration officials told reporters on Wednesday that they are cutting their estimate of how much oil can be drawn out of California's massive Monterey Shale formation by a whopping 96 percent.

The news deals a serious blow to the fracking industry and has environmentalists cheering as momentum builds behind a legislative effort to put a moratorium on fracking in California. The estimate will be released publically next month,according to reports.

In 2012, the federal officials estimated that 13.7 billion barrels of oil could be recovered from the Monterey Shale. The EIA now says that only 600 million barrels of oil can be recovered using existing technologies such as acid treatment and fracking, the controversial oil and gas technique that involves forcing millions of gallons of water laced with silica and chemicals deep underground to break up rock formations.

The earlier estimate was based on a 2011 study by an EIA contractor that assumed the industry's latest extraction techniques would make the Monterey's reserves as easy to recover as those in shale formations under Texas and North Dakota, where fracking technology has fueled ongoing oil and gas booms. But the geological formations in the Monterey Shale, it turns out, are not as easily punctured because they have been impacted by seismic activity.

"From the information we've been able to gather, we've not seen evidence that oil extraction in this area is very productive using techniques like fracking," John Staub, an EIA analyst, told the Los Angeles Times.

The 2012 estimate sparked a boom in California as oil companies rushed to use fracking and other methods to exploit the Monterey Shale, which contains two-thirds of the nation's oil reserves. A 2013 Truthout investigation revealed that oil companies even experimented with fracking technology in the ocean on offshore rigs in the Santa Barbara Channel, and federal regulators permitted the frack jobs without a review of potential environmental impacts.

Despite steadfast opposition from environmental groups, California Gov. Jerry Brown embraced the boom, which was originally projected to bring 2.8 million new jobs to the state and $24.6 billion in annual tax revenues, according to a 2013 study that was partially funded by the Western States Petroleum Association (WSPA).

Sabrina Lockhart, a spokesperson for Californians for a Safe, Secure Energy Future who spoke to Truthout on behalf of the WSPA, said the EIA estimate doesn't mean that California should move away from domestic oil production.

"These numbers reflect that fact there needs to be advances in technology to extract this oil safely…so when this technology is available these estimates could increase," said Lockhart, who represents a pro-industry group that is rallying opposition to a proposed moratorium on fracking in California.

Environmentalists, however, say the new estimate should sound a death knell for fracking in California.

"Fracking pollution still threatens our state’s air, water and progress on climate change," said Patrick Sullivan, a spokesman for the Center for Biological Diversity. "Oil companies are still fracking and acidizing wells near people’s homes in many communities. Gov. Brown needs to stop the oil industry from experimenting on our state with dirty and dangerous extraction techniques."

Two California state senators recently introduced SB 1132, which would establish a statewide moratorium on fracking and other new extraction methods. The bill faces an uphill battle and similar legislative efforts have failed in the past, but the bill's supporters hope the government's new oil estimates will change that.

"Governor Brown should face facts, order a moratorium on fracking, and the legislature should pass SB 1132," Krill said.