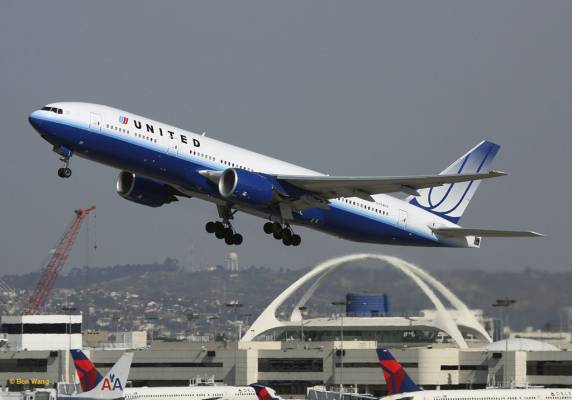 As far as the USC team knows, nobody’s ever done what they did: drive north to south along neighborhood streets for hours at a time. They measured ultrafine pollution — particles smaller than what federal clean air laws currently regulate.

Professor of Preventive Medicine Scott Fruin says those particles from the exhaust of jet engines spread further than expected. “Up to 10 miles downwind, the ultrafine particle concentrations were double the areas outside the area of impact,” he said.

USC’s research was aided by the unique air patterns in west L.A., with a fairly constant onshore flow. “The wind direction is so steady, so we were able to go out and monitor a pattern that was stable for hours and hours,” Fruin said.

That made it possible to identify a potentially worldwide problem at LAX.

“This is quite a finding,” Fruin said. “And it means that, probably at all the big international airports throughout the world, there’s bigger impacts than they had thought, because no one has been able to take this kind of measurement approach and cover the kind of area that we did.”

The European Union regulates ultrafine emissions from aircraft, but no similar rules exist in the U.S.

Smaller and lighter than other kinds of exhaust particulates, ultrafine pollution can travel deeper into lungs when people breathe, making respiratory and cardiac illness worse.

Fruin says a future study could examine the impact of this jet-fouled air on people living east of LAX. “Taking people out and exercising them in this area, as opposed to an area outside of this impact, would be very interesting,” Fruin said.

The research was conducted by a team from USC and the University of Washington. The lead author of the study, published in the journal Environmental Science and Technology, is USC’s Neelakshi Hudda, Ph.D.