Posted by voice on Wednesday, 04 January 2012 in Agriculture

If carbon dioxide isn’t a worry, nitrous oxide could not possibly offer any threat... right? 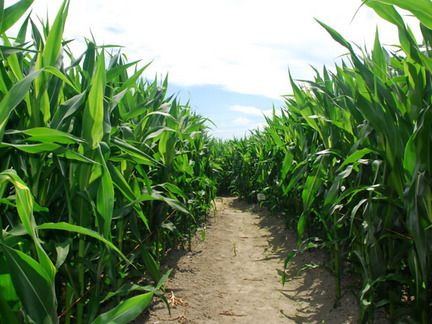 Last year was the second warmest in Britain since records began and CO2 levels have gone up by almost a fifth in the past five decades; but, as every well-briefed journalist knows, global warming is a myth put out by charlatans, so there can be no cause for concern. No, in 2012 we should worry instead about carbon’s neighbour in the periodic table of the elements. The triumph – or disaster – of nitrogen began exactly a century ago, when in 1912 a pilot plant in North Germany began to pump out the raw material of a new agricultural fertiliser.

Like carbon, nitrogen is essential for life. There is plenty in the atmosphere, but the gas is reluctant to form partnerships with other elements to form compounds that can be soaked up by plants. To make such things takes energy. For millions of years, almost all the work was done by bacteria that have enzymes that can drag the unwilling element from the air and force it into a useful marriage with oxygen or hydrogen. Without such mechanisms, the earth’s trade in the stuff would be far slower than it is and life would struggle to survive. In many places, a shortage of available nitrogen still limits how fast plants can grow; and for years farmers had to scramble to find it in unlikely sources such as guano.

Then, everything changed. Thanks to a German chemist, Fritz Haber (who later invented the poisonous gases used in the trenches, causing his wife to kill herself when she found out what he had done) the 20th century became the era of excess. He discovered that hydrogen could be persuaded to link itself with nitrogen, under high pressure and temperature over a metal catalyst, to make ammonia. That in turn could be used to produce artificial nitrogen fertilisers. The Haber Process, as it is called, now churns out half a billion tons of such stuff each year. Agriculture is so dependent upon it that half the protein in the body of every Daily Telegraph reader finds its raw material in the products of some century-old German chemistry. Haber’s reaction was, without doubt, the foundation of modern society. Without it, two billion people would starve to death.

Nature, as usual, is not mocked and the present century may bring a nitrogenous hangover. The rate at which nitrates and their relatives are pumped into the ecosystem has doubled since Haber’s day and since 1960 fertiliser use has gone up by 10 times. More than half is washed away or escapes as a gas into the atmosphere, where it is joined by more of the stuff that comes from coal and oil. In rivers, lakes and seas the new bounty allows bacteria and algae to flourish and, as they die, to drag oxygen out of the waters, turning them into biological deserts. The Baltic has already been badly damaged and the problem may soon spread into the deeper oceans.

Once, the issue seemed to be limited to the developed world, but new surveys in the high Arctic show that, over the past century, the concentration of artificial nitrogen compounds has shot up there, too. The same is true in the forests of Thailand. In the chilly lakes of Siberia and Canada algae and other nitrogen-loving creatures have much increased, and in the forest certain trees that can use the element more efficiently may soon take over. Pessimists suggest that the cycle has now been pushed so far off balance that soils themselves may begin to release even more of the unwelcome compounds. The problem of excess fertility is spreading through the whole of nature, with unpredictable results.

What is to be done? One option is to ask the bacteria for help. Plenty of crop plants – peas, clover and more – enter into intimate associations with such organisms and have long been used by farmers to return nitrogen to their fields. Scientists are trying to persuade other crops such as wheat to form similar relationships, either by improving the bacteria or by inserting genes into the plants that allow them to welcome them into their own roots; but success has been limited. More modest breeding experiments are producing crop varieties that grow well without so much need for added stimulants. The rocketing price of the stuff (in part due to increased costs of energy) also means that farmers are less wasteful than they were.

All this may do something to help, but the scientists involved seem to ignore the none-too-comforting fact that nitrous oxide (N2O) – one of the main breakdown products of the excess fertiliser – is a greenhouse gas several times more potent than CO2. That, as every well-briefed journalist knows, means that it cannot possibly offer any kind of threat.