Posted by greenmonkey on Monday, 16 June 2014 in Wildlife Conservation 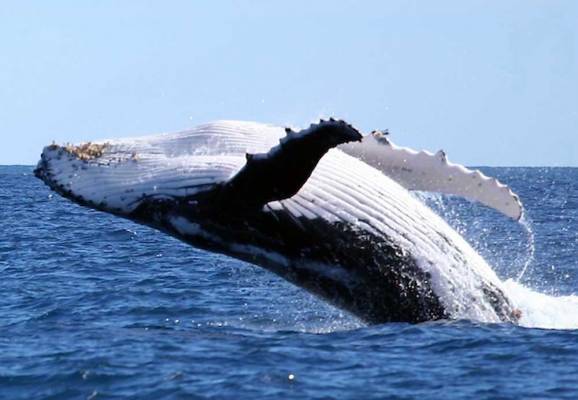 Gland, Switzerland -- Contracting governments to the International Whaling Commission (IWC) should reject any new proposal from Japan to resume whaling in the Southern Ocean Sanctuary near Antarctica, according to WWF, the global conservation organization.Japan officially announced its intention to start a new “scientific” whaling programme around Antarctica at last month’s International Whaling Commission Scientific Committee meeting in Bled, Slovenia. That announcement was formally released in the Scientific Committee Report on Tuesday.“The Southern Ocean Sanctuary was created to ensure the recovery and viability of the great whale populations in the southern hemisphere, not to provide cover for commercial whaling masquerading as flimsy science,” said Aimee Leslie, WWF Global Cetacean and Marine Turtle Manager.The International Court of Justice (ICJ) recently ruled that special permits granted by Japan in connection with its Antarctic whale hunt are “not for purposes of scientific research pursuant to Article VIII, paragraph 1” of the International Convention for the Regulation of Whaling.The court also stated that Japan would be expected to take into account the reasoning and conclusions contained in the judgment as it evaluates the possibility of granting any future whaling permits.“Although scientific whaling is allowed under the convention that established the IWC, this was written almost 70 years ago, when lethal take was one of the only means of obtaining research data,” said Leslie. “Today we can obtain all the information we need from non-lethal research. There is no need for scientific whaling to provide the IWC with necessary data.”The Scientific Committee Report of the IWC released this week states: “The Government of Japan plans to issue a Special Permit for a new research programme in the Antarctic starting in the season 2015/16.”Japan is expected to submit its new proposal to the IWC Scientific Committee by November, six months before the next annual meeting of the committee in 2015.In addition to outright rejection of any further whaling in the Southern Ocean Sanctuary, WWF also calls for the creation of a process that ensures adherence to the criteria specified in the ICJ ruling on all Special Permit whaling.