Posted by wally on Monday, 16 June 2014 in General Environment 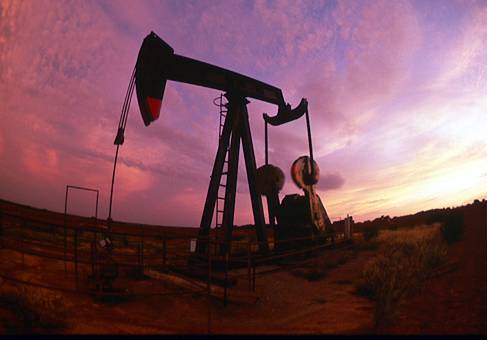 The news comes in a statement agreed with WWF, which has campaigned to keep Virunga free of oil and gas exploration and production.

In it the company commits "not to undertake or commission any exploratory or other drilling within Virunga National Park unless UNESCO and the DRC government agree that such activities are not incompatible with its World Heritage status."

"This was agreed jointly in mediation through the UK National Contact Point (NCP) for the OECD Guidelines. We will complete our existing operational programme including completing the seismic survey on Lake Edward which is due to conclude shortly."

WWF - 'a victory for our planet'

David Nussbaum, Chief Executive of WWF-UK welcomed the move as a "victory for our planet", adding: "Now is the time for the Government of the DRC to reaffirm its conviction that Virunga has outstanding universal value for all humanity - by cancelling all oil concessions which overlap the park, as requested by UNESCO."

In October 2013, WWF filed a complaint against Soco under the Organisation for Economic Co-operation and Development's Guidelines for Multinational Enterprises. The company's commitment comes following mediation between the two parties as part of this process.

Virunga is host to invaluable biodiversity and rare animals such as the legendary and critically endangered mountain gorillas. Additionally, over 50,000 families depend on the park's Lake Edward for jobs, food and drinking water.

In an independent report commissioned by WWF, researchers found that the park could grow in value to over US$400 million annually through activities such as ecotourism and fishing.

"If free from the threat of oil, Virunga can be a continuing source of hope for the people of DRC. As in other African countries, with proper investment this park can become a leading economic driver for its communities", said Raymond Lumbuenamo, Country Director of WWF-DRC.

"This is the moment for the international community to support DRC to help us bring lasting change that will ensure Africa's first national park remains the mother park of Africa."

"Hopefully we can all get back to activities focused on both people and the environment where it does the most good for a place that we think can have a better future."

Rui de Sousa, Chairman of SOCO said, "Our agreement with WWF focuses the need for the DRC Government and UNESCO to also reach an agreement on the best way to combine development and the environment."

The company also states: "Licenses overlapping with other UNESCO World Heritage Sites would not be considered by the Company."

Approximately half of Soco's Block V is outside the boundaries of Virunga National Park, and the company retains the concession. So oil drilling may still go ahead nearby.

Ed Story explains: "SOCO has carried out various environmental baseline studies on Block V, including fish and mollusc studies on Lake Edward and an inventory of the hippopotami population, relative to the seismic survey.

"The Company will continue to ensure that it conducts all of its operations in conformance with industry best practice and international standards. Going forward SOCO will honour commitments we have made to local inhabitants to continue with our social programmes as long as we hold rights to the Block V license."

Soco adds that the investigations "will give the DRC government vital information it will need in deciding how to proceed in Virunga National Park."

Later this month governments will gather in Doha, Qatar for the annual meeting of the UNESCO World Heritage Committee to discuss the conservation status of Virunga, the Great Barrier Reef in Australia, the Selous Game Reserve in Tanzania, Doñana National Park in Spain, and other sites of concern.

According to Nussbaum, "today's commitment sends a message that World Heritage sites and other fragile natural areas must be protected, and we will continue to fight for these places."

"We have more to do in Virunga and we must now extend our effort to work with businesses, the investment community and governments around the globe to remove the increasing pressures that put this and other World Heritage sites in danger."