Posted by tvernile on Wednesday, 18 June 2014 in Climate Change

The Turning Point: New Hope for the Climate 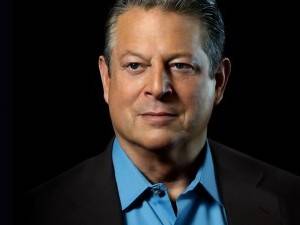 In the struggle to solve the climate crisis, a powerful, largely unnoticed shift is taking place. The forward journey for human civilization will be difficult and dangerous, but it is now clear that we will ultimately prevail. The only question is how quickly we can accelerate and complete the transition to a low-carbon civilization. There will be many times in the decades ahead when we will have to take care to guard against despair, lest it become another form of denial, paralyzing action. It is true that we have waited too long to avoid some serious damage to the planetary ecosystem – some of it, unfortunately, irreversible. Yet the truly catastrophic damages that have the potential for ending civilization as we know it can still – almost certainly – be avoided. Moreover, the pace of the changes already set in motion can still be moderated significantly.

There is surprising – even shocking – good news: Our ability to convert sunshine into usable energy has become much cheaper far more rapidly than anyone had predicted. The cost of electricity from photovoltaic, or PV, solar cells is now equal to or less than the cost of electricity from other sources powering electric grids in at least 79 countries. By 2020 – as the scale of deployments grows and the costs continue to decline – more than 80 percent of the world's people will live in regions where solar will be competitive with electricity from other sources.

No matter what the large carbon polluters and their ideological allies say or do, in markets there is a huge difference between "more expensive than" and "cheaper than." Not unlike the difference between 32 degrees and 33 degrees Fahrenheit. It's not just a difference of a degree, it's the difference between a market that's frozen up and one that's liquid. As a result, all over the world, the executives of companies selling electricity generated from the burning of carbon-based fuels (primarily from coal) are openly discussing their growing fears of a "utility death spiral."

Germany, Europe's industrial powerhouse, where renewable subsidies have been especially high, now generates 37 percent of its daily electricity from wind and solar; and analysts predict that number will rise to 50 percent by 2020. (Indeed, one day this year, renewables created 74 percent of the nation's electricity!)

Scorched Earth: How Climate Change Is Spreading Drought Throughout the Globe

What's more, Germany's two largest coal-burning utilities have lost 56 percent of their value over the past four years, and the losses have continued into the first half of 2014. And it's not just Germany. Last year, the top 20 utilities throughout Europe reported losing half of their value since 2008. According to the Swiss bank UBS, nine out of 10 European coal and gas plants are now losing money.

In the United States, where up to 49 percent of the new generating capacity came from renewables in 2012, 166 coal-fired electricity-generating plants have either closed or have announced they are closing in the past four and a half years. An additional 183 proposed new coal plants have been canceled since 2005.

To be sure, some of these closings have been due to the substitution of gas for coal, but the transition under way in both the American and global energy markets is far more significant than one fossil fuel replacing another. We are witnessing the beginning of a massive shift to a new energy-distribution model – from the "central station" utility-grid model that goes back to the 1880s to a "widely distributed" model with rooftop solar cells, on-site and grid battery storage, and microgrids.

The principal trade group representing U.S. electric utilities, the Edison Electric Institute, has identified distributed generation as the "largest near-term threat to the utility model." Last May, Barclays downgraded the entirety of the U.S. electric sector, warning that "a confluence of declining cost trends in distributed solar­photovoltaic-power generation and residential­scale power storage is likely to disrupt the status quo" and make utility investments less attractive.

This year, Citigroup reported that the widespread belief that natural gas – the supply of which has ballooned in the U.S. with the fracking of shale gas – will continue to be the chosen alternative to coal is mistaken, because it too will fall victim to the continuing decline in the cost of solar and wind electricity. Significantly, the cost of battery storage, long considered a barrier to the new electricity system, has also been declining steadily – even before the introduction of disruptive new battery technologies that are now in advanced development. Along with the impressive gains of clean-energy programs in the past decade, there have been similar improvements in our ability to do more with less. Since 1980, the U.S. has reduced total energy intensity by 49 percent.

It is worth remembering this key fact about the supply of the basic "fuel": Enough raw energy reaches the Earth from the sun in one hour to equal all of the energy used by the entire world in a full year.

In poorer countries, where most of the world's people live and most of the growth in energy use is occurring, photovoltaic electricity is not so much displacing carbon-based energy as leapfrogging it altogether. In his first days in office, the government of the newly elected prime minister of India, Narendra Modi (who has authored an e-book on global warming), announced a stunning plan to rely principally upon photovoltaic energy in providing electricity to 400 million Indians who currently do not have it. One of Modi's supporters, S.L. Rao, the former utility regulator of India, added that the industry he once oversaw "has reached a stage where either we change the whole system quickly, or it will collapse."

Nor is India an outlier. Neighboring Bangladesh is installing nearly two new rooftop PV systems every minute — making it the most rapidly growing market for PVs in the world. In West and East Africa, solar-electric cells are beginning what is widely predicted to be a period of explosive growth.

At the turn of the 21st century, some scoffed at projections that the world would be installing one gigawatt of new solar electricity per year by 2010. That goal was exceeded 17 times over; last year it was exceeded 39 times over; and this year the world is on pace to exceed that benchmark as much as 55 times over. In May, China announced that by 2017, it would have the capacity to generate 70 gigawatts of photovoltaic electricity. The state with by far the biggest amount of wind energy is Texas, not historically known for its progressive energy policies.

The cost of wind energy is also plummeting, having dropped 43 percent in the United States since 2009 – making it now cheaper than coal for new generating capacity. Though the downward cost curve is not quite as steep as that for solar, the projections in 2000 for annual worldwide wind deployments by the end of that decade were exceeded seven times over, and are now more than 10 times that figure. In the United States alone, nearly one-third of all new electricity-generating capacity in the past five years has come from wind, and installed wind capacity in the U.S. has increased more than fivefold since 2006.

For consumers, this good news may soon get even better. While the cost of carbon­based energy continues to increase, the cost of solar electricity has dropped by an average of 20 percent per year since 2010. Some energy economists, including those who produced an authoritative report this past spring for Bernstein Research, are now predicting energy-price deflation as soon as the next decade.

For those (including me) who are surprised at the speed with which this impending transition has been accelerating, there are precedents that help explain it. Remember the first mobile-telephone handsets? I do; as an inveterate "early adopter" of new technologies, I thought those first huge, clunky cellphones were fun to use and looked cool (they look silly now, of course). In 1980, a few years before I bought one of the early models, AT&T conducted a global market study and came to the conclusion that by the year 2000 there would be a market for 900,000 subscribers. They were not only wrong, they were way wrong: 109 million contracts were active in 2000. Barely a decade and a half later, there are 6.8 billion globally.  These parallels have certainly caught the attention of the fossil-fuel industry and its investors: Eighteen months ago, the Edison Electric Institute described the floundering state of the once-proud landline-telephone companies as a grim predictor of what may soon be their fate.