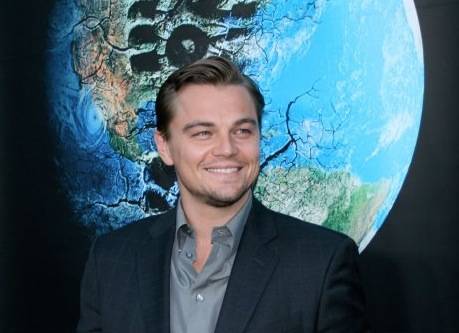 Speaking at the “Our Oceans” conference Tuesday morning, actor Leonardo DiCaprio announced that his philanthropic organization, the Leonardo DiCaprio Foundation, was providing $7 million to “meaningful ocean conservation projects over the next two years.”

That’s in addition, he said, to a $3 million grant the foundation gave to the ocean conservation group Oceana earlier this year for the preservation of marine species.

“I’m standing here today as a concerned citizen of this planet who believes that this is the most important issue of our time,” DiCaprio said. “If we don’t do something to save our oceans now, it won’t be just the sharks and the dolphins that will suffer; it will be all of us including our children and our grandchildren.”

He said that in addition to individual do-gooders like himself, the long-term viability of the world’s oceans requires leadership and cooperation from leaders all over the world.

“My ask is straightforward: Step up,” DiCaprio said.

His speech was also partly biographical, as he explained why this issue is so important to him.

“Before I wanted to be an actor, I dreamt about becoming a marine biologist.  As a kid, I always had a fascination with the ocean and its wildlife,” DiCaprio said. “In fact, the first philanthropic dollar I ever contributed was to save the wild manatee in Florida. I had never seen a manatee before, but I somehow felt connected to the plight of these animals who had no voice and no ability to save themselves from the devastation caused by human activity.”

The actor said he’s also an avid diver who’s been exploring deep seas for 20 years since a dive in the Great Barrier Reef in Australia.

DiCaprio appeared at the State Department event along with his mother, Irmelin.