Posted by Cathym on Sunday, 22 June 2014 in Agriculture 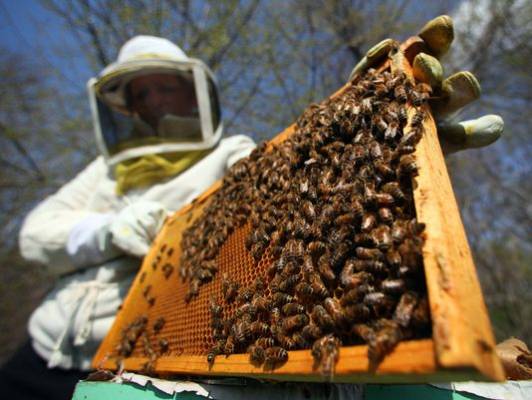 Honey Bees are dying and now a team of environmental regulators has been tasked with determining why.

On Friday, President Barack Obama announced plans for a task force to help save the bees. The team, which will be co-chaired by Secretary of Agriculture Tom Vilsack and Environmental Protection Agency Administrator Gina McCarthy, will investigate the causes of bee losses and develop a strategy to promote the health of pollinators.

In a memorandum released by the White House, the administration said:

Honey bee pollination alone adds more than $15 billion in value to agricultural crops each year in the United States. Over the past few decades, there has been a significant loss of pollinators, including honey bees, native bees, birds, bats, and butterflies, from the environment. The problem is serious and requires immediate attention to ensure the sustainability of our food production systems, avoid additional economic impact on the agricultural sector, and protect the health of the environment.

Since 2006, the number of honeybees worldwide has rapidly declined. The most recent data from the U.S. Department of Agriculture indicates that 23 percent of managed bee colonies were lost over the winter season between 2013 and 2014, Reuters reports.

Under the presidential order, the task force will have 180 days to formulate a federal strategy to protect the bees and prevent further population loss. As part of the plan, regulators will assess the effects of pesticides on pollinators -- something that is believed to be a factor in many of the deaths. One class of chemicals in particular, neonicotinoid pesticides, has been shown to be harmful to honeybeesand other pollinators.

While the push for a federal strategy to protect the bees calls for significant input from various government agencies, some environmentalists contend that the plan does not go far enough. Erich Pica, president of the international activist networkFriends of the Earth, suggested that Obama should ban neonicotinoids completely.

"Pollinators are in crisis and the administration has the ability to take immediate action on a key contributing factor, neonicotinoid pesticides. The administration should prevent the release and use of these toxic pesticides until determined safe," Pica said in a statement, adding that the European Union has already suspended the use of three of the most widely used neonicotinoids.