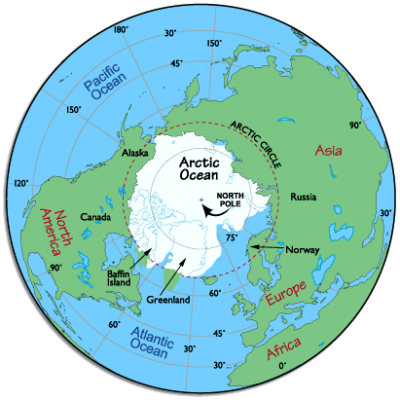 Some Norwegian participants in last week’s oceans conference in the U.S. said international policymakers demonstrated a commitment to ocean health but more research is needed to show how emerging Arctic industries affect nearby water ecology.

The two-day “Our Ocean” conference was facilitated by U.S. Secretary of State John Kerry in Washington, D.C., and focused on sustainable fisheries and strategies for curbing ocean acidification and marine pollution.

International attention towards the Arctic Ocean and Barents Sea is increasing because of climate change concerns, the region’s mineral resources and the prospect of increased shipping across the Northern Sea Route.

One way this is being executed is through the MIKON program at the Fram Centre research hub in Tromsø.

The Norwegian Ministry of Climate and Environment approved MIKON last year to examine the effects of industry in the High North on ecosystems and regional societies.

Norwegian conference attendants also mentioned the need for more research on how the fishing industry is being shaped by climate change and growing Arctic pollution.

New studies could help fisheries adapt to the changing locations of fish stocks caused by climate change and ocean acidification, said Nina Jensen, secretary general of the environmental group WWF-Norway and a conference attendant, to the BarentsObserver.

Plastic is also a growing concern among fishermen and managers. There is likely between 60 and 80 tons of plastic in global oceans and most of that is in the water, Winther said.

“Those really enter into the food chain where we are on the top,” he said.

Some of these research needs were addressed during the conference by Norwegian foreign minister Børge Brende who announced 1 million USD, or more than NOK 6 million, in funding for a study on measures to combat marine plastic waste.

He also announced allocating more than 150 million USD, or more than NOK 918 million, to promote fisheries and management, including a global research vessel for training fishery experts and managers.

“This comes across as a bit of a turning point for our oceans,” she said.

U.S. President Barack Obama announced his attentions to establish the world’s largest protected marine area near Hawaii. He also announced plans for a program that would help

American customers know whether their seafood was harvested legally and sustainably.

Brende announced an allocation of more than 1 billion USD, or more than NOK 6 billion, for climate change mitigation and adaptation efforts.

Jensen said she was pleased with this gesture but is unsure whether that money will create new initiatives or go to existing ones.

Frode Andersen, Brende’s acting head of communications, declined to comment on how the money would be distributed.

While studies continue to look at the negative industrial effects on Arctic water ecology, some of the Norwegian conference attendants mentioned that humans still don’t fully understand how to benefit from the Arctic Ocean and Barents Sea ecosystems.

“We don’t know what kind of potential the ocean has,” said Frederic Hauge, the founder and president of the Bellona Foundation environmental group in Oslo, to the BarentsObserver.

The Bellona Foundation has been working to find efficient ways to tap into the ocean’s ecological cycles. The Ocean Forest project is finding ways to use seawater, algae and carbon dioxide on Norwegian coasts to produce food and energy.

Winther said as Arctic waters continue to warm, there is also the potential for some fish stocks in southern waters to expand upwards into the Barents Sea.

Despite these potential benefits, ocean changes caused by factors like pollution and acidification are still a major problem the region’s waters, Winther said.

“It’s clean and it’s rich, but on the other hand we are not protected from what’s happening in the world globally,” he said.