Parrotfish Could Be Key to Saving Caribbean Coral Reefs 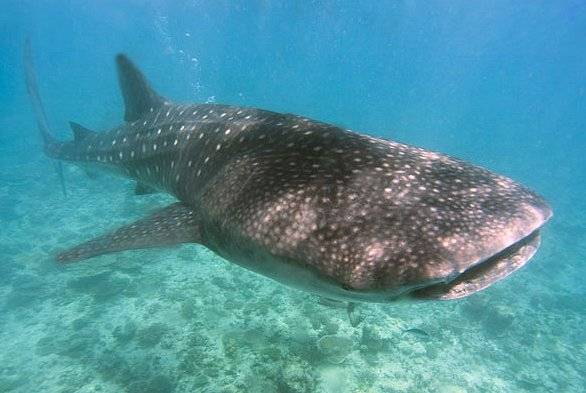 -Kiribati, a Pacific island nation, recently purchased land on the Fijian island Vanua Levu in preparation for climate change. The president doesn’t expect to move everyone there, “but if it became absolutely necessary, yes, we could do it," he said. The Guardian

- The International Fund for Animal Welfare has called for “whale zones” in areas throughout the Great Barrier Reef, where ship collisions with whales are on the rise—particularly for migrating humpback whales. The zones would reflect the United States’ measures for reducing vessel speeds around whale’s ranges. The Sydney Morning Herald

- A new report released this week by the Global Coral Reef Monitoring Network of IUCN found that protecting parrotfish is the most important step to protect Caribbean coral reefs. Other key findings included that Carribbean coral reefs have declined by 50 percent since the 1970s, and that overfishing—not climate change or pollution—is the primary factor depleting reef health.National Geographic

- New research shows that whales play a more important role in ocean ecosystem functioning than previously thought, from global carbon storage to maintaining healthy fisheries. The scientists found that their decline has likely severely impacted ocean health, but that their recovery could help safeguard the ocean from threats like climate change. Science Daily

- It’s long been thought that fish have short memory spans, but new research shows that their memory may be much sharper than that. The researchers found that fish can remember context for up to 12 days after an event—an evolutionary advantage for finding and relocating food sources in the wild. Phys.org

- Global overfishing and bycatch threatens to deplete shark populations from the oceans—the same well-adapted, unique apex predators that have survived for 400 millions of years. If the oceans lose sharks, argues the author, then they will be much poorer resources and ecosystems. The Guardian