Posted by tvernile on Friday, 11 July 2014 in General Environment 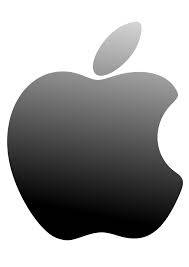 Apple released its full 2014 Environmental Responsibility report this afternoon with new climate change data and information on the company’s promise to reduce its carbon footprint.

The new report highlights some of the good decisions Apple made to reduce its environmental impact in 2013, by doing things like converting Apple Stores to renewable energy, building solar farms for data centers, as well as its controversial shuttle bus program.

Using the same models it used to calculate its 2013 numbers, Apple decided to recalculate its 2012 emission data and found that its carbon footprint shrank year-over-year for the first time since it began tracking numbers in 2009, but that wasn’t the only good news.

Here’s a quick rundown of the both the good and the bad:

The full report mentions other environmental improvements coming to Apple Campus 2, like how it will use 30% less energy than most R&D buildings and feature over 1000 shared bicycles. Apple also says a full report on its 2013 carbon emissions data should be available in the next fall’s Carbon Disclosure Project report.