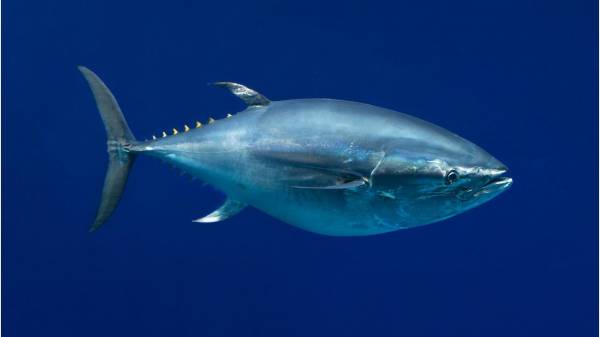 WWF will urge a suspension of the Pacific Bluefin tuna fishery, if fishing nations fail to set binding catch limits in line with scientific recommendations this year.WWF’s hardening stance follows an inconclusive annual meeting of the Inter American Tropical Tuna Commission (IATTC) which deferred discussions on bluefin tuna quotas to October. Catch reductions of at least 50 per cent and a drastic reduction in the take of juveniles will also need to be implemented by the Western and Central Pacific Fisheries Commission (WCPFC) in Samoa in December in order to secure the future of the fishery. “It is extremely disappointing that five days of negotiations by the 21 country members of the IATTC have produced so little in the way of tangible fishery outcomes,” said Pablo Guerrero, Eastern Pacific Ocean Tuna Coordinator for WWF’s Smart Fishing Initiative. “According to the scientists the breeding stock of Pacific Bluefin Tuna are at only 4 per cent of original levels and 90 percent of the current catch are juveniles yet to breed.”At the just concluded meeting, major fishing countries Japan, Korea, Mexico and the US did not agree on conservation measures and delayed decisions until October, when the parties will meet again to negotiate the quota for 2015. WWF is seeking a reduction from 5000 to 2750 metric tons.For tuna generally where purse seine fishery capacity levels are a third more than levels set out in the IAATC’s 2005 Plan for Management of Regional Capacity, the commission was also unable to agree on a reduction plan to meet the capacity limits. The alternative, said Guerrero, was to expand the size and duration of fishery closures to maintain healthy tuna stocks in the face of the overcapacity and this should be of great concern to the fisheries sector.The IATTC also failed to adopt conservation measures to reduce fishing mortality of silky sharks in order to rebuild stocks. Sharks are species of slow growth and late maturity which are captured by various fleets in the Pacific. Japan and Korea objected to proposals to totally prohibit the removal of shark fins at sea and to require that sharks be landed with their fins naturally attached, citing economic reasons like quality deteriorations and capacityA positive outcome of the meeting was the approval of mandatory IMO (International Maritime Organization) numbers for all purse seiners and long liners greater than 20m in length operating in the Convention area to monitor and control existing fishing capacity. WWF is very pleased that the IATTC voted for the evaluation of target and limit reference points for the North Pacific albacore, which will permit scientist to assess the impacts of strategies and management options for this fishery.