Posted by jonehopp on Wednesday, 23 July 2014 in Climate Change 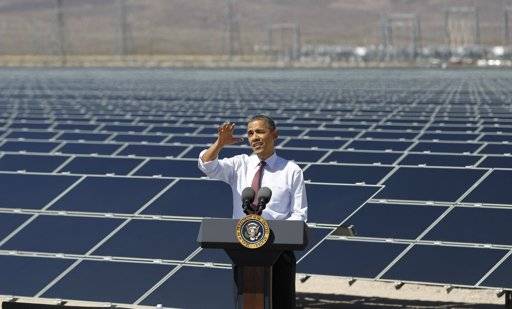 Fighting climate change and global warming is a big project, and encouraging the private sector to take part is an important part of President Obama's Climate Action Plan. That's what led to the U.S. Department of Energy announcing a $4 billion loan guarantee program on Thursday for new ideas on renewable and efficient energy projects that can limit or reduce greenhouse gas emissions.

"As the President emphasized in his Climate Action Plan, it is critical that we take an all-of-the above approach to energy in order to cut carbon pollution, help address the effects of climate change and protect our children’s future," said Energry Secretary Ernest Moniz in the program announcement. "Investments in clean, low-carbon energy also provide an economic opportunity."

The program covers several key areas of interest including better electric grid technologies, biofuels, improving energy efficiency, better hydroelectric power providers and projects that can turn waste into useful energy. That's a daunting list at first glance, but research and development in all of those areas is ongoing in both major corporations and plenty of small startups.

Encouraging private investments while not risking taxpayer money is the watchword of the program. Its cautious structure aside, it could very well lead to big improvements in the U.S. energy markets. The DOE has played in this role before, providing $33 million for new fuel cell technologies not long ago.

"Through previous loan guarantees and other investments, the Department is already helping launch or jumpstart entire industries in the U.S., from utility-scale wind and solar to nuclear and lower-carbon fossil energy," Moniz said. "Today’s announcement will help build on and accelerate that success."

Startups interested in getting some of that funding for their energy projects should check out the DOE solicitation for applications.