Posted by bensor on Wednesday, 23 July 2014 in Environmental Heroes 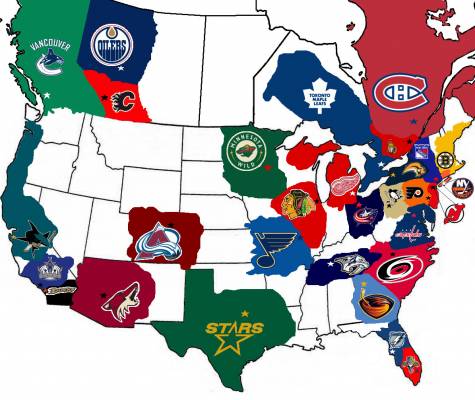 Climate change is impacting the next generation of hockey players directly, according to a report released Monday by the National Hockey League.The report, the first of its kind produced by a professional sports league in partnership with the Natural Resources Defense Council, details a plan for the NHL to reduce its greenhouse gas emissions.

"Major environmental challenges, such as climate change and freshwater scarcity, affect opportunities for hockey players of all ages to learn and play the game outdoors," NHL Commissioner Gary Bettman said in statement on Monday.The 2014 Sustainability Report took roughly two years to compile, using data on energy usage, waste management, and procurement at 30 NHL arenas throughout North America.It found that one NHL game will emit 408 metric tons of carbon dioxide emissions, which is equal to about 900,000 gallons of gasoline. That also equates to 56 pounds per attendee, not including a fan's transportation to the game. The overall output of greenhouse gas emissions from NHL events is relatively small, however, the report states, coming in at under 400,000 tons annually from 2012-2013. Still, Bettman said the NHL has a "vested interest in this cause.""As a business, we rely on freshwater to make our ice, on energy to fuel our operations and on healthy communities for our athletes, employees and fans to live, work and play. Moreover, to continue to stage world class outdoor hockey events like the NHL Winter Classic, NHL Heritage Classic or NHL Stadium Series, we need winter weather," Bettman said.The report also details future plans to improve operations at NHL facilities. Broadly, the NHL will work with its clubs across the country to reach specific goals they set on reducing their carbon footprint, and making an arena more energy efficient.The NHL hopes to continue gathering data on greenhouse gas impacts, develop a more detailed understanding of their ecological footprint, mitigate carbon emissions, and install more renewable, energy-efficient sources on-site. By partnering with the NRDC and the Environmental Protection Agency's Energy Star program, the NHL is able to track and analyze data that capture nearly 40 different categories of energy and water use, waste and recycling. The report also states various programs the NHL already has in place that reduce output, from demand response schemes, to more efficient lighting, on-site solar power and other renewables.Allen Hershkowitz of the NRDC praised the NHL in a statement released with the report. He called the document an "important reminder to all sports fans, leagues, teams and businesses" on the effects of climate change. "The single most important thing the NHL can do to address the urgent ecological challenges we face is to help change cultural expectations and attitudes about how we relate to the planet," Hershkowitz said.