Posted by tvernile on Friday, 25 July 2014 in Climate Change

NASA funds study of changing climate, land use on Chesapeake and Delaware Bays 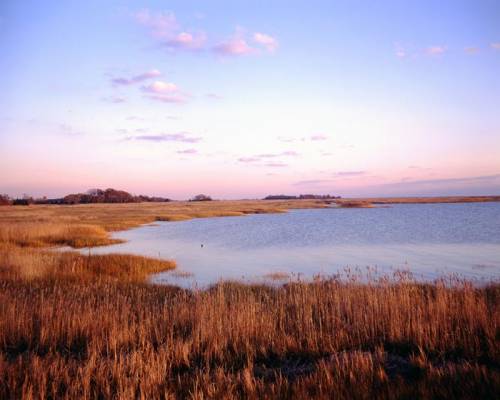 Responding to the impact that a growing population and changing land use have had on the Chesapeake and Delaware Bays over the past 60 years is the focus of a research project led by Penn State and supported by a $1.4 million grant from NASA.

Researchers involved in the three-year study are taking an interdisciplinary approach, using both computer models and data from NASA remote sensing satellites to understand the impacts climate change, land cover modifications and rising nitrogen levels from fertilizers have had on the estuaries and near-shore ocean waters. The study will bring together models of the watersheds' ecosystems, estuarine water quality and shellfish, specifically oysters and Atlantic surfclams.

"Climate change is a wild card for how estuaries and coastal waters in general might change in the future," said Raymond Najjar, professor of oceanography at Penn State and lead researcher on the project. "If we can understand the past 50 or 60 years, where there have been trends and variability in climate that have had a big effect on water quality and ecology, then we'll be better able to make predictions about the future and develop appropriate mitigation and adaptation strategies."

The Chesapeake and Delaware bays are among the most vulnerable estuaries in the United States because of the ongoing growth and development in their watersheds, as well as the climate change that is occurring there, including warming water, rising sea levels and increasingly intense precipitation, said Najjar.

The study will also bring together existing computer models designed to look at how the landscape, water quality and shellfish respond to environmental changes.

The land, water and climate data from NASA remote sensing satellites will be used to fine-tune those models, which will in turn be tested by comparing their results to observations made during the past 60 years. The integrated model can then be run to separate the impacts of climate change, agriculture and urbanization.

Najjar said the two estuaries were chosen for the study because they offer contrasting examples of water quality and an opportunity to pinpoint what factors impact it and how—providing needed insight when it comes to adapting to those changes. The Delaware suffered from low oxygen because of untreated sewage, but saw a turnaround after wastewater treatment programs in the 1980s.

"It was really a mess. It was completely dead," Najjar said. "With the Clean Water Act, improvements in water treatment came to be and the success was spectacular."

The Chesapeake Bay, by contrast, has not seen a dramatic turnaround. Instead, increases in agriculture and urbanization have led to excessive runoff of nitrogen and phosphorous and excessive phytoplankton growth, or eutrophication.

"So, we're using these two contrasting systems in how the water quality has changed. Qualitatively we understand the change, but quantitatively we don't," Najjar said.

Najjar noted that while phytoplankton growth may sound like a good thing, too much of it causes the water to become opaque, which makes it difficult for grasses in the water to grow well. Furthermore, the excessive plankton blooms eventually die off and settle to the bottom, creating dead zones.

"It's like compost," Najjar said. "Bacteria will degrade the plankton after it settles. But in doing so they remove oxygen from the water, which stresses fish and shellfish."

Along with naturally occurring fluctuations in nitrogen, runoff from farms and sewage treatment plants, lawn fertilizers and the burning of fossil fuels contribute to the problem. Pinpointing the cause of the hypoxia—the lack of oxygen—is difficult because of naturally occurring influences from the weather.

"Nitrogen exists naturally in the landscape and runs off to the sea," Najjar said. "If the sea wasn't connected to the land, coastal waters would have much less nitrogen. Now, with the human influence, it's sort of in overdrive."