What's wiping out the Caribbean corals? 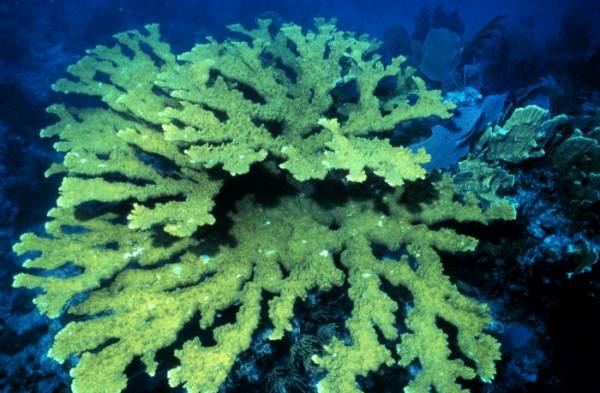 Here's what we know about white-band disease: It has already killed up to 95 percent of the Caribbean's reef-building elkhorn and staghorn corals, and it's caused by an infectious bacteria that seems to be transmitted through the water and by coral-eating snails.

Here's what we don't know: everything else.

But two student-researchers working in Northeastern associate professor of marine and environmental science Steve Vollmer's lab are trying to change that: Sarah Gignoux-Wolfsohn, a fourth-year doctoral candidate, and undergraduate Felicia Aronson, S'16, an environmental science major with a concentration in marine science. Together, they are using the resources they raised from a crowdfunding science campaign to figure out what's killing the Caribbean corals.

"Before this, we knew that white-band disease was caused by a bacteria, and we had a list of potential pathogens," said Gignoux-Wolfsohn, noting that these findings emerged from previous research at Vollmer's lab. The pathogen list was the product of a large-scale genetic sequencing analysis led by Gignoux-Wolfsohn. Now she and Aronson have launched a systematic research program to sift through that list in the hopes of identifying the culprit.

Working at the Smithsonian Tropical Research Institute in Bocas del Toro, Panama, Gignoux-Wolfsohn and Aronson spent the month of June performing a series of experiments in which they administered various antibiotics to diseased coral slurries contained in bench-top aquariums. Antibiotics kill different bacterial types, so when healthy corals contract the disease despite treatment, the team is able to home in on the characteristics of the culprit bacteria.

They also performed an opposing experiment in which they exposed healthy corals to disease slurries grown in different environmental conditions that select for different bacteria to see if they contract disease. "If we grow a specific group of bacteria and it still transmits the disease, we know the pathogen is likely in this group," Gignoux-Wolfsohn explained.

The student-researchers raised their funding goal of $3,180 in just three days through experiment.com, marking the third fastest success story in the crowdfunding website's history. Upon reaching that goal, they extended their campaign to more than double the original amount, which they also raised in record time.

Backed by this financial support, Gignoux-Wolfsohn and Aronson brought bacterial samples back to Boston, where they will now begin performing exhaustive genetic analyses. "Right now is a really cool time to be addressing these issues because we have a lot of emerging genetic techniques that people are just starting to use to ask questions about the microbiology of corals," Aronson said.

They're using those tools to understand how the diseased coral community is different from the healthy community in ways that haven't been possible before. The approach is somewhat novel in the field of marine ecology, Gignoux-Wolfsohn said, and it's part of why she's doing it. As an undergraduate at Wesleyan University, she studied blood-vessel formation using genetic-based techniques. "I wanted to take those skills and apply them to a more conservation and ecology based research program," she explained.