Posted by plantitfilm on Monday, 15 September 2014 in Climate Change

A smart look at the climate-change debate 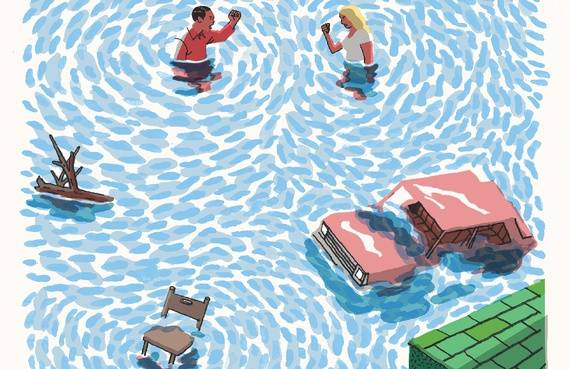 Science writer Charles C. Mann writes books that take on big topics — examining the history of aspirin and the nature of modern physics, for example. In the bestsellers “1491” and “1493,” he takes what a Washington Post reviewer called “a god’s-eye view of the world” before and after Columbus’s voyage to America.

Now, in a long, thoughtful and entertaining article in the September Atlantic magazine, Mann takes the same kind of look at arguably the largest issue of the 21st century: climate change. Fair warning: “How to Talk About Climate Change So People Will Listen” doesn’t really give much useful advice on how to talk about it. Rather, the article is a little like a short college course on the subject; in essence, Mann has read a lot of books so you don’t have to. A lot.

He begins with a sort of droll skepticism, noting that there has been almost no action on climate change “despite three decades of increasingly high-pitched chatter by scientists, activists, economists, pundits and legislators. The chatter itself, I would argue, has done its share to stall progress.”

The debate got off to a shrill start, he writes, with ecologist Paul Ehrlich crying wolf in 1968’s “The Population Bomb,” predicting that “ ‘hundreds of millions of people’ would starve to death within two decades” (and increasing the prediction to “a billion or more” a few years later). Mann goes on to summarize the story of acid rain as recounted by Emory University historian Patrick Allitt in “A Climate of Crisis”: activists in the 1980s warning that emissions from Midwestern power plants, borne by prevailing winds, would irretrievably poison thousands of East Coast lakes. The threat, Allitt argues, was cheaply neutralized by a cap-and-trade mechanism set up by amending the Clean Air Act in 1990 and was probably never much of a problem in the first place.

Mann explains the data we rely on for climate-change numbers, then contrasts how those data are interpreted by “eco-campaigner” Bill McKibben in his memoir “Oil and Honey” in contrast to French philosopher Pascal Bruckner in “The Fanaticism of the Apocalypse.” He introduces us to Tony Horwitz’s “Boom,” about the Keystone XL pipeline, William Nordhaus’s “The Climate Casino” and “Reason in a Dark Time” by Dale Jamieson.

Then Mann, with typical deftness, quickly lays out the problem we face today, focusing on coal and oil. “Although coal and oil are both fossil fuels, they are used differently,” he explains. “In this country, for example, the great majority of oil — about three-quarters — is consumed by individuals, as they heat their homes and drive their cars. Almost all U.S. coal (93 percent) is burned not in homes but by electric-power plants; the rest is mainly used by industry, notably for making cement and steel.

“Cutting oil use, in other words, requires huge numbers of people to change their houses and automobiles — the United States alone has 254 million vehicles on the road. Reducing U.S. coal emissions, by contrast, means regulating 557 big power plants and 227 steel and cement factories.” Retrofitting such plants, he says, is “less mind-boggling” than changing lifestyles. “It is, at least, imaginable.”

What seems unimaginable is the last idea Mann reports: fighting climate change with climate change. David Keith, a Harvard professor of public policy and applied physics, has written a “succinct, scary” book, “A Case for Climate Engineering,” that argues that we might halve global warming by spraying the atmosphere with “tiny, glittering droplets” of sulfuric acid. These would theoretically bounce the sunlight back into space, and reduce the global temperature. Ta-da!

Mann calls this “planet-hacking,” and says the good news is it would be cheap. The bad news: It’s so cheap that “a single country could geo-engineer the whole planet by itself.” That’s a pretty frightening thought, as Mann warns, but “unless we find a way to talk about climate change, planes full of sulfuric acid will soon be on the runway.”