Posted by miguel on Thursday, 18 September 2014 in Fossil Fuels 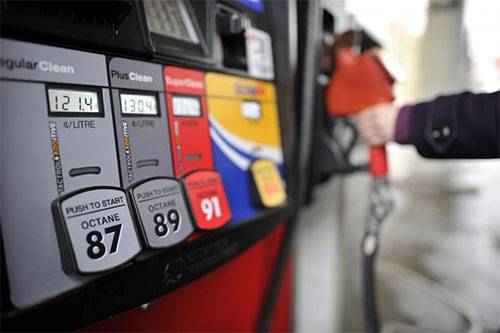 Climate change has made us question the things that we do, from buying food and using energy to riding planes and driving cars. One of the top questions surrounding climate change is this: Which fuel type is more environmentally friendly, petrol or diesel? Common knowledge would make us reply “diesel” right away, as engines running on diesel emit less carbon dioxide or CO2, and less CO2 is better to decrease the amount of greenhouse gases in the atmosphere.

However, being eco-friendly isn’t as simple as emitting less CO2. Diesel-powered vehicles may emit 20% less CO2 per kilometre travelled, but they may be more harmful for local pollution due to the tiny particles that are released by diesel engines into the atmosphere. The question really isn’t which fuel or engine type is more environmentally friendly, as no form of engine that uses fossil fuels will ever become good for the environment. Rather, we should look at which has the capacity to inflict the least amount of damage to the environment.

The Brotherhood of Bad Boys

We have already been introduced to CO2 and how excess amounts of it is bad for the environment, but it isn’t the only one that brings the world harm. The use of engines, both petrol and diesel, produce the following:

• Suspended particulate matter or SPM – this is what the tiny particles emitted from the exhaust of a diesel engine are called. Soot is a tell-tale sign of SPM. Modern diesel engines are usually fitted with filters to lessen the amount of SPM emitted, but the bigger problem lies with older diesel engines that do not have particulate filters

Catching up with diesel

Diesel may be the lesser evil of the two, but petrol is quickly catching up with the greening measures. New petrol engine models and hybrid engines are being developed to emit significantly less CO2 than the engines of old, without sacrificing vehicle performance, reliability, and fuel efficiency.

Diesel isn’t resting on its laurels, however. With the demand for diesel on the rise, the EU has started to look for ways to make diesel less harmful to the environment by reducing the total number of SPM per kilometre. New diesel engine technology is also being developed to monitor fuel combustion, reduce emissions, and improve energy efficiency. Devices such as improved catalytic converters and particulate filters are able to reduce the bad emissions by as much as 90%. That’s all good, and for the sake of the planet, let’s hope it gets even better.