Posted by banne on Wednesday, 24 September 2014 in Climate Change 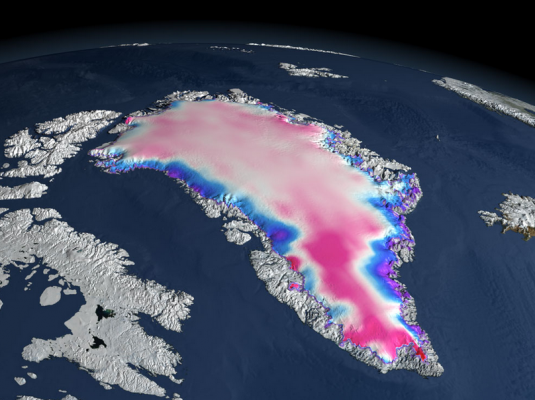 Earlier this year we looked at a detailed video from Louisiana congressional candidate Lenar Whitney, who repeated the assertion that climate change is a hoax. We found -- as we have before -- that there’s an overwhelming consensus among respected scientists that human-caused global warming is real. In this fact-check, we looked at some of Whitney’s supporting evidence to argue that global warming is a hoax and found that it was weak. We rated her statement Pants on Fire.

2. The United States is the leading nation in the world "with the highest amount of doubt about the conventional wisdom of climate change." -Mostly True.

Talk show host Rush Limbaugh says he doesn’t believe in climate change, and he gives himself the credit for convincing others of the same. Recent reports showed the United States is the leading nation in the world "with the highest amount of doubt about the conventional wisdom of climate change," Limbaugh said in July.

Aside from Limbaugh’s bragging, PunditFact looked at recent studies on global opinions on health care. We found that that a good proportion of developing countries have higher rates of doubt than the United States. But among its peers, the United States is one of the most -- if not, the most -- skeptical when it comes to believing climate change has human factors. So we rated Limbaugh’s statementMostly True.

California has been in the forefront of new regulations to address the carbon emissions that are causing climate change. Gov. Jerry Brown said that’s in part because Washington won’t act. Brown told journalist George Stephanopolous in May that  "there's virtually no Republican who accepts the science that virtually is unanimous. ... There's just political denial for various reasons, best known to those people who are in denial."

We found relatively few Republican members of Congress who accept the prevailing scientific conclusion that global warming is both real and man-made; we named them in our fact-check and concluded that Brown’s qualified statement was Mostly True.

Democratic National Committee chair Debbie Wasserman Schultz also serves as a member of Congress who represents parts of south Florida. She said in May that rising sea levels and flooding will make part of her district uninhabitable in the future, and she called for Republican support on solutions, singling out a cap and trade plan as an area where the parties could agree.

"That was originally a Republican idea. It was developed in the 1970s when the Clean Air Act was initially adopted," she said.

PolitiFact Florida recapped the history of cap and trade and found that Wasserman Schultz was largely correct, though it’s important to note that Democrats supported cap and trade at key points. We rated her statement Mostly True.

Sen. Marco Rubio, R-Fla., has repeatedly questioned the need for proposals that address climate change, but he often tries to do it without sounding anti-science.

In an interview on Fox News in May, Rubio said he never denied that the climate was changing, but he also said that "the left loves to go around saying there is a consensus" when there is no consensus on the sensitivity of the climate, "which is why, despite 17 years of dramatic increases in carbon production by humans, surface temperatures (on) the earth have stabilized."

Rubio has a point that over roughly the past 15 years, global surface temperatures have plateaued, particularly compared to their rapid rise in previous decades. But scientists we interviewed said the evidence suggests that the pause is temporary, with temperatures poised to rise once the oceans start releasing more heat. We rated Rubio’s claim Mostly False.

6. "NASA scientists fudged the numbers to make 1998 the hottest year to overstate the extent of global warming." - Pants on Fire.

Fox News host Steve Doocy repeated something that’s been all over the Internet: the claim that scientists have fixed numbers to make 1998 the hottest year.

PunditFact found that scientists have adjusted historical data to account for weather stations that have moved or when temperatures were recorded at different times of day. That’s hardly the same thing as fudging the numbers in pursuit of a political agenda. We rated Doocy’s statement Pants on Fire.

7. New carbon regulations will increase electric bills by "$17 billion every year" and "potentially put an average of 224,000 more people out of work every year." - False.

Republicans said it would kill jobs, raise electric prices and hurt the economy. On his website, House Speaker John Boehner, R-Ohio,  said"The president’s plan would indeed cause a surge in electricity bills — costs stand to go up $17 billion every year.  But it would also shut down plants and potentially put an average of 224,000 more people out of work every year."

Those numbers aren’t correct, though, because they were calculated for more dramatic restrictions than what the Obama administration actually proposed. The study’s authors even said they don’t apply to what the administration put forward. So we rated the statement False.

8. "What (the Obama administration is) going to come out with in the next several months is you're not even going to be able to burn coal very limitedly in the existing plants." - False.

"The president's come out with rules that say 'no new coal-fired power plants,’ " Capito says. "But what he's going to come out with in the next several months is you're not even going to be able to burn coal very limitedly in the existing plants."

She was referring to plans that will force cuts to carbon emissions in some existing power plants, but those rules do not prohibit the burning of coal. States and power companies have options to continue to utilize coal for energy, and experts said they expect coal to remain part of the national portfolio for years to come. We rated the statement False.

Sen. Chris Murphy, D-Conn., said Republicans should come around on climate change because voters will eventually demand it. "We have to tell Republicans that if they ultimately want to stop the hemorrhaging from young voters in this country, they need to start paying attention to this issue, because only 3 percent of voters 18 to 34 don't believe that climate change is really happening," he said.

The polling on this particular question is limited, but the polling that has been done supports Murphy’s carefully worded statement. We rated it True.

10 "There are already more American jobs in the solar industry than in coal mining." - True.

U.S. Sen. Sheldon Whitehouse delivers regular Senate speeches about the dangers of climate change and authors commentary on the topic. In May, he argued that addressing climate change makes economic sense, adding, "There are already more American jobs in the solar industry than in coal mining."

PolitiFact Rhode Island found that the most recent data from three objective sources support his claim. We rated his statement True.