Posted by EarthDude on Friday, 17 October 2014 in Food 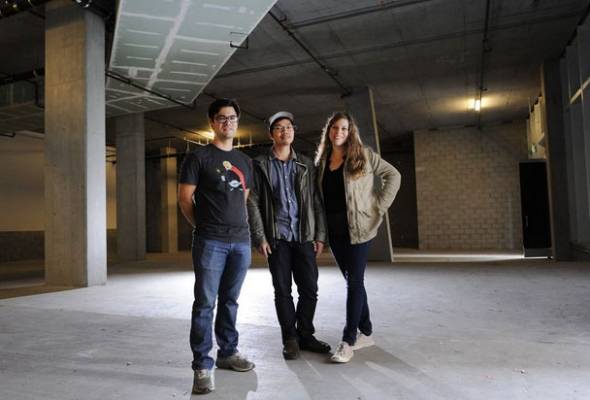 Can ordering a locally sourced, grass-fed steak and an expertly made cocktail in a trendy restaurant actually combat climate change?

That's the goal with the Perennial, a Mid-Market restaurant experiment due in the spring that's the first of its kind in the Bay Area, if not the country.

It's the brainchild of Anthony Myint and Karen Leibowitz, the husband-and-wife tandem behind progressive San Francisco restaurants like Mission Chinese Food and Commonwealth, which have supported such causes as the San Francisco-Marin Food Bank. Now they're trying to save the environment.

"We first started thinking about what can we do to engage with our environment more closely — not just farm to table, but really deeply engage," Leibowitz says. The Perennial will be a "laboratory," in which all aspects of the restaurant's business — relationships with farmers, sustainable practices, choice of vendors — are seen through the lens of environmental impact.

If the mission is successful, the Perennial could spark new environmental practices, similar to Bay Area restaurants of decades past that propped up organic farms and artisan producers.

"People talk about buying locally and things like that, but there are other ways that the food system interacts with the climate," Myint says. The global food system accounts for roughly a third of greenhouse gases, according to studies by Consultative Group on International Agricultural Research. With this new restaurant and a related nonprofit organization, the goal is to create a full-service restaurant that thinks more seriously and raises awareness about food in relation to the environment.

Myint and Leibowitz have signed a lease for the ground-floor space at the new Ava apartment building at 59 Ninth St. and plan to open the 65-seat restaurant there in the spring.

To diners, the establishment may appear to be a standard modern restaurant, but the couple will be taking advantage of sustainability practices that have yet to become mainstream in the food industry, such as aquaponics, carbon farming, energy efficiency and perennial agriculture.

The Perennial is a close collaboration with Zero Foodprint, a new local nonprofit organization with a similar mission. Myint serves on its advisory board along with Chris Ying, editor in chief of Lucky Peach, and Peter Freed, the former director of the environmental consulting firm TerraPass.

Zero Foodprint will educate restaurants to reduce their carbon footprints, with the longer-term goal of establishing environmentalism as a recognized value in the restaurant industry, along the lines of such now-ubiquitious labels as "organic" and "seasonal."