Posted by thatsenough on Tuesday, 28 October 2014 in Population

Stop pretending we can fix the environment by curbing population growth 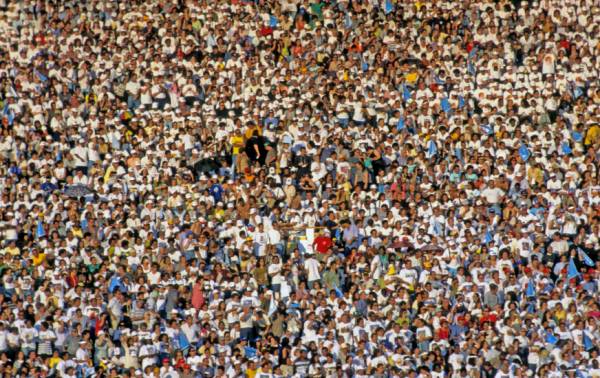 When ecologist Corey Bradshaw gives public talks about the state of the globe's endangered wildlife, he sees a recurrent phenomenon. At the end of the talk, in the question and answer period, "someone will stand up and say, 'You’ve neglected the elephant in the room -- human population size is the principal problem,'" says Bradshaw, who is director of ecological modeling at the Environment Institute at the University of Adelaide in Australia.

It's easy to see where this idea comes from: There are a lot of humans on the Earth. There are currently more than 7.2 billion of us, and the UN projects there will be 9.6 billion by 2050, and 10.9 billion by 2100. In fact, though estimates vary, something on the order of 6.5 to 14 percent of all the people who have ever lived at any time, ever, are living now. (Stop and think about that for a minute.) And there's no denying these people take up space and consume resources.

So Bradshaw decided to look into this question of whether trying to reduce the size of the global population would help stave off climate change, the loss of species, and other environmental concerns. The resulting research,just out in the Proceedings of the National Academy of Sciences and co-authored by the University of Adelaide's Barry Brook, seriously challenges the idea that greens ought to be campaigning for population control.

On top of the serious ethical problems with trying to restrict the global population, the study also finds a purely practical one: It doesn't even appear possible. "No matter what levers you pull, we have such a huge demographic momentum, there’s no way we can rein in the human population fast enough to address sustainability issues in the next century," says Bradshaw. Or as the study itself puts it, the increase in population over the course of the 21st century is "virtually locked-in"; this means, the authors argue, that population reduction "cannot be argued to be the elephant in the room for immediate environmental sustainability and climate policy."