Posted by bchristo on Friday, 30 December 2011 in Sustainable Development

Listen to the People archbishop of Goa 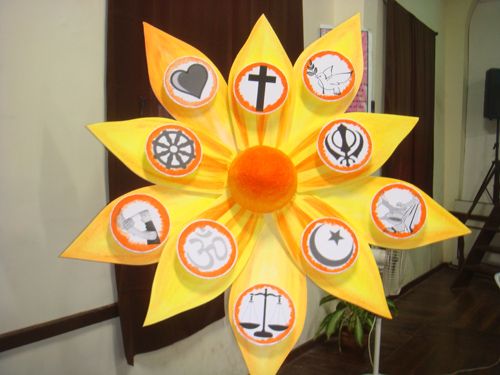 PANAJI: Against the backdrop of public apprehensions over the Regional Plan (RP) 2021, the archbishop of Goa, Filipe Neri Ferrao, on Thursday reminded Goa government leaders including chief minister Digambar Kamat and cabinet ministers of "the duty to tend the earth and to be responsible stewards of God's creation".

At his annual Christmas-time civic reception to government leaders, officials and other eminent personalities at his Panaji-Altinho residence, Ferrao said that "while this duty devolves on each human being, it is particularly the responsibility of those in authority to see that our land and other natural resources are wisely made use of and capitalized upon for the common good of our people and are not allowed to be plundered by unscrupulous elements".

Stressing his point, Ferrao quoted the late Pope John Paul II to state, "Faced with the widespread destruction of the environment, people everywhere are coming to understand that we cannot continue to use the goods of the earth as we have in the past. The public in general, but more importantly the political leaders, should be seriously concerned about this problem."

Ferrao said, "I have shared these thoughts with you with a sincere aspiration that any development or promotion of the human person and of our society in general be guided by genuine concern and love. These thoughts are especially shared with you, people in the government, with the assurance that you will always have the most frank collaboration on the part of the church in Goa, as far as we are allowed by the circumstances and, above all, by what we believe."

Ferrao referred to the upcoming assembly elections and of the expected "high-flown political speeches" across Goa. "Rather than listening to the loud statements, it is perhaps more necessary to listen to what the people of Goa in general are saying, sometimes in vociferous public meetings, but most of the times, in their daily conversation. Are we really listening?" Ferrao asked.

Referring to the Golden Jubilee celebrations of Goa's liberation, Ferrao urged for soul-searching. "True development, just as true liberation, is person-oriented, it concerns and promotes the whole person. It is only in the service of the human person that we can talk of wholesome liberation as well as of social and economic development," Ferrao said.