Posted by hzicko on Wednesday, 05 November 2014 in Climate Change

What to Expect From Politics and Climate Change 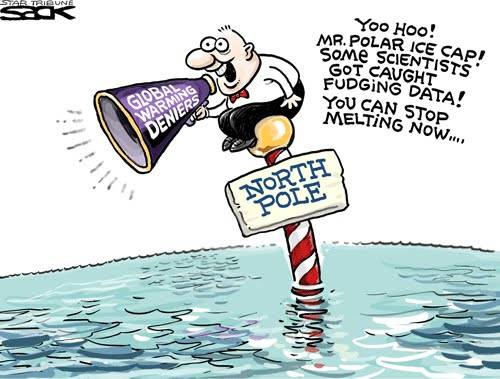 Now that the Republicans control Congress for the next two years, what’s in store for U.S. climate politics? Well, Keystone is the first order of business, and then probably a whole lot of bombast and theater, which many will find unappetizing:

Not good for science and sane politics, perhaps, but if you’re a Democrat who cares about climate change and you are already looking ahead to 2016, there’s a silver lining: You have the face of climate denialism in a top leadership spot, quoted often in the media, representing the Republican brand in Congress.

And this is not your garden variety climate skepticism that nitpicks the science. We’re talking all-in global conspiracy belief, infamously expressed, as The Hill recently noted:

Inhofe has repeatedly called climate change a “hoax,” despite near universal agreement from the scientific community.

Indeed, as Phil Plait at Slate writes, Inhofe “denies it [global warming] to levels that would make the frothiest conspiracy theorists shake their heads in wonder.”

If you’re a money man like Tom Steyer hellbent on making climate change awedge issue for Democrats, then you are happy to have Senator James Inhofe as the Republican face of climate change for the next two years.