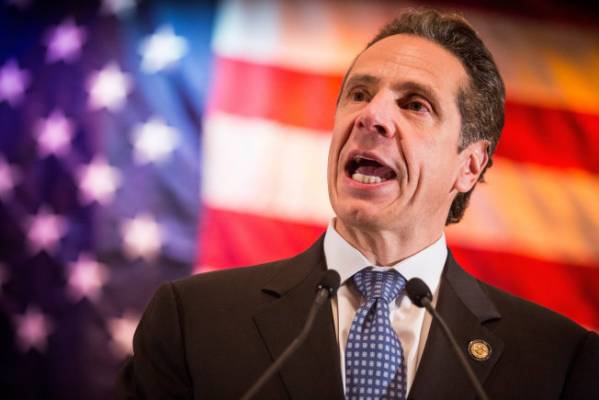 Gov. Andrew M. Cuomo’s administration announced on Wednesday that it would ban hydraulic fracturing in New York State because of concerns over health risks, ending years of debate over a method of extracting natural gas.

Fracking, as it is known, was heavily promoted as a source of economic revival for depressed communities along New York’s border with Pennsylvania, and Mr. Cuomo had once been poised to embrace it.

Instead, the move to ban fracking left him acknowledging that, despite the intense focus he has given to solving deep economic troubles afflicting large areas upstate, the riddle remained largely unsolved. “I’ve never had anyone say to me, ‘I believe fracking is great,’ ” he said. “Not a single person in those communities. What I get is, ‘I have no alternative but fracking.’ ”

In a double blow to areas that had anticipated a resurgence led by fracking, a state panel on Wednesday backed plans for three new Las Vegas-style casinos, but none along the Pennsylvania border in the Southern Tier region. The panel, whose advice Mr. Cuomo said would quite likely be heeded, backed casino proposals in the Catskills, near Albany and between Syracuse and Rochester.

For Mr. Cuomo, a Democrat, the decision on fracking — which was immediately hailed by environmental and liberal groups — seemed likely to help repair his ties to his party’s left wing. It came after a surprisingly contentious re-election campaign in which Zephyr Teachout, a primary challenger who opposed fracking, won about a third of the vote.

The question of whether to allow fracking, which involves injecting large amounts of water, sand and chemicals deep underground at high pressures to release oil and natural gas from rock formations, has been one of the most divisive public policy debates in New York in years. Fracking is occurring in many states, and has boomed in places like Pennsylvania and Texas. Environmental advocates, alarmed by the growth of the practice, pointed to New York’s decision as the first ban by a state with significant natural-gas resources.

Mr. Cuomo, who has prided himself on taking swift and decisive action on other contentious issues like gun control, took the opposite approach on fracking. He repeatedly put off making a decision, most recently citing a continuing — and seemingly open-ended — study by state health officials.

On Wednesday, six weeks after Mr. Cuomo won a second term, the long-awaited health study finally materialized, its findings made public during a year-end cabinet meeting convened by the governor in Albany.

His answer was no.

“We cannot afford to make a mistake,” he said. “The potential risks are too great. In fact, they are not even fully known.”

New York has had a de facto ban on fracking for over six years, predating Mr. Cuomo’s election. In 2012, he flirted with approving a limited program in several Southern Tier counties. But that same year, he bowed to entreaties from environmental advocates, stating instead that his administration would begin a new study on health risks.

Mr. Cuomo had focused much of his attention on trying to improve the economic climate upstate, and fracking appeared to offer a solution to struggling areas atop the Marcellus Shale, a gas-rich rock formation that extends across parts of several states, including New York, Ohio, Pennsylvania and West Virginia.

But there was also strong opposition from groups worried about the effects of fracking on the state’s water supply, as well as on tourism and the quality of life in small upstate communities.

As he traveled around the state, Mr. Cuomo was hounded by protesters opposed to fracking, who showed up at his events and pressed him to impose a statewide ban. Opponents were also aided by celebrities who drew attention to their cause.

Complicating matters, dozens of communities across New York have passed moratoriums and bans on fracking, and in June, the state’s highest court, the Court of Appeals, ruled that towns could use zoning ordinances to ban fracking.

For Mr. Cuomo, a Democrat, the decision on fracking — which was immediately hailed by environmental and liberal groups — seemed likely to help repair his ties to

hIn a presentation at the cabinet meeting, the acting state health commissioner, Dr. Howard A. Zucker, said the examination had found “significant public health risks” associated with fracking.Holding up copies of scientific studies to animate his arguments, Dr. Zucker listed concerns about water contamination and air pollution, and said there was insufficient scientific evidence to affirm the safety of fracking.

Dr. Zucker said his review boiled down to a simple question: Would he want his family to live in a community where fracLocal bans, on top of restrictions that the state had planned, put 63 percent of the Marcellus Shale off limits to drilling, said Joseph Martens, the state environmental conservation commissioner. “The economic benefits are cl

On Wednesday, Mr. Cuomo seemed determined to portray both of the day’s major announcements — and their consequences for upstate New York — as decisions made by experts objectively weighing the facts, not by him.At the cabinet meeting, he conspicuously stumbled on the name of the panel that made the casino recommendations, as if to signal his lack of involvement in its work. And he kept some distance from the fracking decision, saying he was deferring to his health and environmental conservation commissioners.“I am not a scientist,” he said. “I’m not an environmental expert. I’m not a health expert. I’m a lawyer. I’m not a doctor. I’m not an environmentalist. I’m not a scientist. So let’s bring the emotion down, and let’s ask the qualified experts what their opinion is.”

Nevertheless, environmental groups cast the governor as a hero. Michael Brune, the executive director of the Sierra Club, said, “This move puts significant pressure on other governors to take similar measures to protect people who live in their states.”kinFracking supporters accused Mr. Cuomo of giving in to environmentalists’ efforts to stoke public fears.Karen Moreau, the executive director of the New York State Petroleum Council, attributed the fracking ban to a decision by the governor “that he wants to align himself with the left.”early far lower than originally forecast,”

“Our citizens in the Southern Tier have had to watch their neighbors and friends across the border in Pennsylvania thriving economically,” she said. “It’s like they were a kid in a candy store window, looking through the window, and not able to touch that opportunity.”g was taking place?is party’s left wing. It came after a surprisingly
Tagged in: 2014 Bans environment fossil fuel Fracking New York City