Posted by rickhalperin on Wednesday, 04 February 2015 in Climate Change 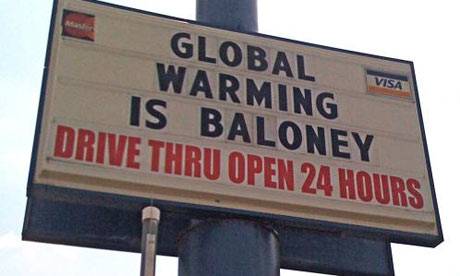 A recent survey found that the majority of the American public supports government action on climate change — but environmental advocates say this action needs to happen before it is too late.

Jasmine Ruddy, environmental policy chairwoman of UNC Student Government, said the survey's results made her hopeful because she believes climate change is one of the biggest problems people will face in the 21st century.

Ruddy said she hopes climate change policy will play a role in the 2016 presidential election. The issue is expected to come up in December of this year, she said, when the Kyoto Protocol, which attempts to reduce greenhouse emissions, come up for revision.

Richard Andrews, a UNC public policy professor, said it is very difficult to get environmental regulations passed in Congress.

“The fact that congressional politics has become just so viscerally tribal — that if you are for it, I’m against it, even if I was for it before — that is just a serious problem for our policymaking on all kinds of issues,” Andrews said.

But Frank Pray, chairman of UNC College Republicans, said though protecting the environment and cutting down on pollution and waste are important goals, he doesn't think government intervention is the answer.

"Free enterprise has solved many of the greatest problems of the past, and, if you look at private businesses today, you will see incredible innovations taking place that will lead us to a more environmentally friendly future," he said."

Andrews said industries impacted by climate change, including businesses and insurance companies, are currently taking steps to mitigate its effects — and the military has called climate change a national security threat.

Jose Rial, a professor of geological sciences and climatology at UNC, said in an email that although Congress has come to a consensus that global warming is not a hoax, he believes many lawmakers and the public don't believe global warming is caused by human activity.

Rial said he has seen effects of climate change already while doing research in Greenland — where land ice could collapse into the ocean in the near future and possibly cause the sea levels to rise up to six feet.

Ruddy said that although much of the work she does with UNC Student Government is indirectly related to climate change, students still have an impact. She said she is also involved in the Sierra Student Coalition, which is working on a coal divestment campaign.

Moving the university away from investing in coal companies is an important step in UNC's plan to achieve climate neutrality by 2050, said Spencer Nelson, student and co-chairman of the Renewable Energy Special Projects Committee at UNC.

Nelson said many students have been open to green initiatives, including a $4 green fee that students pay every semester to help fund energy education, energy efficiency and renewable energy projects. More than 80 percent of students who voted in 2009 approved the initiative in a ballot referendum.

He said universities are hubs of innovation and leadership, and it is important for universities to transition and inspire other groups to also make the shift to renewable energy.

“If universities are not changing and adapting to modern times, then other places are not going to see that they have any reason to do it,” Nelson said.