Deforestation and its disastrous consequences for climate change and food security 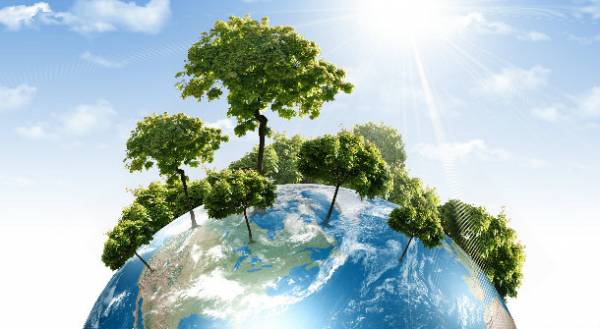 Every living thing on earth needs forests. Forests are not only one of the most valuable natural resources but also crucial to ensure decent living conditions for all plants, animals, and humans. The rate at which our planet is being stripped of its forest cover, however, is alarming. According to the U.N.’s Food and Agriculture Organization, over 30 million acres (or 13 million hectares) of forests are destroyed by human activity every year. Population growth, the expansion of agricultural land use, and indiscriminate logging, are all combining to push many forests to the brink of extinction. If deforestation continues at the current rate, mature natural forests in Papua New Guinea will be gone in 15 years or less and Indonesia and Myanmar, in about 10 years. The Philippines and Thailand have already logged most of their natural forests.

Deforestation devastates biodiversity and natural habitats. Tropical rainforests are home to over 70% of all organisms on Earth. Beyond the devastation of many species of flora and fauna, the loss of these rainforests would deprive humans of the main source of genetic material used to develop new and improved crop varieties, as well as to protect existing food crops from pests and diseases. As an example, deforestation is detrimental to bees that play a crucial role in pollinating crops. In the last three years, billions of bees have vanished from their hives, leaving billions of dollars of crops at risk and potentially threatening our food supply. Rainforests have also been the source of about 25% of medicines essential for human and animal health. If forests disappear at their current rate, we not only create more global warming, we may also be deprived of fruits and vegetables as well as our ability to find cures to human, animal, and plant diseases.

Deforestation degrades natural resources. Flooding and soil erosion are among other serious consequences of deforestation. Cutting down forests dramatically increases the surface run-off from rainfall, mainly because a greater proportion of the rain reaches the ground because there are fewer trees and plants to absorb the excess rainfall. This flooding and soil erosion also makes soils acidic and unsuitable for crop production.

Deforestation speeds up global warming. One of the most serious consequences of deforestation is global warming. Almost 20 percent of all global carbon dioxide (CO2) emissions are caused by deforestation. Earth has an atmosphere which contains a variety of gases, all in a delicate balance, to ensure life. One of these gases in the atmosphere is carbon dioxide; a gas which keeps heat in the atmosphere. Trees and plants help remove this heat-trapping carbon dioxide gas from the air by storing it in their leaves, wood, roots, and soils. When trees and plants are destroyed, this stored carbon dioxide is released into the atmosphere. Ultimately, the amount of carbon dioxide will increase due to a lack of sufficient forest cover to keep the carbon dioxide levels in check. Such increases in carbon dioxide and other greenhouse gas levels in the atmosphere lead to an increase in temperature, and eventually a change in climate and weather. Recent findings have shown that preventing deforestation in the tropics is more important than in northern latitudes: lush tropical forests store more carbon than sparser northern forests (see UN Panel on Climate Change). Another scientific study published recently shows that cloud cover is critical for stable climate. Trees play a critical role in maintaining cloud cover, which blocks out much of the sun’s heat.

Deforestation increases food insecurity. 1.6 billion people in the developing world depend on forests for their food, fuel, and livelihoods. The real economic value of forests is much greater than the short-term benefits of logging or clearing land for agriculture. In the longer-run, the loss of biodiversity, habitat, and natural resources will affect food production in both developed and developing countries. Honey bees, for example, pollinate over 100 flowering food crops. Without these bees and other pollinators, our ability to produce food and maintain a healthy society will be at risk.

Global warming itself has disastrous consequences for forests, biodiversity, native habitats, and natural resources. This harmful reinforcing sequence of deforestation and climate change puts the global food production system at risk. Many scientists and policy makers are advocating increased incentives to preserve forests, as well as new guidelines for logging and forest management. Only a concerted effort involving scientists, policy makers, and civil society will avoid this dangerous trend.