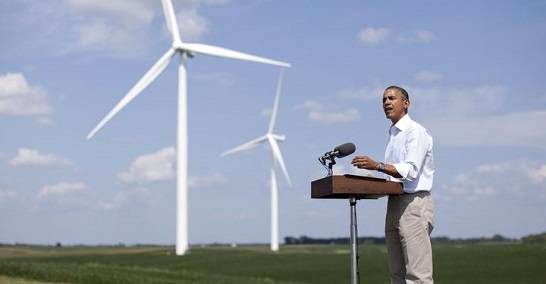 The President’s Climate Action Plan stated a goal for the Federal government to consume 20 percent of its electricity from renewable sources by 2020 – more than double the current goal of 7.5 percent.  The path to that goal was then established in the December 2013 Presidential Memorandum, Federal Leadership in Energy Management.  The Climate Action Plan also called on the Federal community to continue efforts to improve energy efficiency at Federal facilities through redoubling of energy savings performance contracting efforts.   Taken together, these actions will reduce the demand for energy, and ensure that the remaining demand strengthens the development of new renewable energy sources.  They will also ensure that we stay on a path to meet the President’s Federal government-wide target, announced in 2010, of a 28 percent reduction in direct greenhouse gas emissions and a 13 percent reduction in indirect emissions by 2020.

According to the White House, the Federal Government has begun to derive over 9 percent of the energy it uses from renewable sources. The goal, by 2020, is for a 28 percent government-wide greenhouse gas emissions reduction -- which would also entail $8 billion to $11 billion in reduced energy costs.
The collective agency sustainability initiatives, says Mike Boots, current head of the White House Council on Environmental Quality, will help the federal government to "leave behind a planet that is not polluted and damaged and protect our ability to provide the vital services American communities depend on."
Tagged in: 2013 2020 Climate Action Plan Energy government President renewable energy