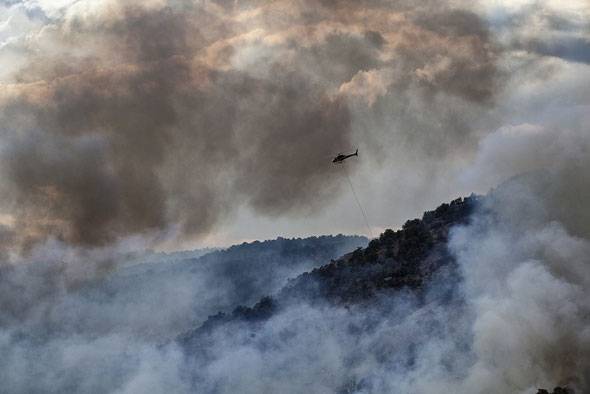 Sea-level rise may not be eating away at Colorado’s borders, but climate change exposes other critical vulnerabilities in the state, according to a new report. Rising temperatures likely will take a toll on cattle and crops, for example, and could more often leave junior water rights holders with little water and few options.

The new report, “The Colorado Climate Change Vulnerability Study,” was commissioned by the Colorado Energy Office in accordance with the Colorado Legislature’s House Bill 13-1293. It’s a sector-by-sector analysis of the challenges that state residents and leaders will have to deal with in coming decades. It also details many of the ways Coloradans are already grappling with these issues, and where other strategies may help mitigate risk.

“Vulnerability is not just a question of how climate change will affect resources in the state, it’s also a question of how well Colorado is prepared to deal with changes,” said Eric Gordon, co-lead editor of the report and a researcher with the Western Water Assessment (WWA). WWA is part of the Cooperative Institute for Research in Environmental Sciences (CIRES) at the University of Colorado Boulder, and is funded primarily by the National Oceanic and Atmospheric Administration (NOAA).

“We also know vulnerabilities change over time, as environmental and socio-economic conditions change,” said Dennis Ojima, co-lead author of the report and a professor in the Ecosystem Science and Sustainability Department at Colorado State University. “It will be important to keep an eye on this changing landscape of vulnerability.”

In the public health sector, Colorado may see more incidents of infectious diseases, the report notes, and the elderly and people living in poverty are especially vulnerable. Climate change impacts on public health are complex and difficult to anticipate, but rising temperatures could mean more frequent episodes of unhealthy air quality and more common heatstroke, West Nile Virus, plague and hantavirus.

For perspective, hotter states such as Florida and Arizona are also dealing with the invasion of diseases typically not seen in the continental United States, such as dengue fever.

“Colorado is lucky to avoid certain diseases that affect hotter areas,” Gordon said, “but we are vulnerable to increases in those we already have here, especially West Nile Virus.”

Temperatures in Colorado have been rising, especially in summer, and that trend is expected to continue, along with increases in the frequency and intensity of heat waves, droughts and wildfire. Public schools in many Front Range cities are vulnerable to these changes, the report notes. Historically, schools in the state have not needed cooling, so many do not have air-conditioned classrooms. “These rising temperatures have exposed a major vulnerability that could potentially be very expensive to address,” the report notes.

“As we assess impacts on various communities, we find that various sectors are affected differently,” Ojima said. “For example, droughts would affect streams and fisheries differently than agricultural or energy producers.”

Among other findings, by sector:

The new, 176-page report is available on the Western Water Assessment’s website at http://wwa.colorado.edu/climate/co2015vulnerability/. It is a summary of existing available data and research results from the peer-reviewed literature, and was compiled by researchers at the Cooperative Institute for Research in Environmental Sciences (CIRES), the University of Colorado Boulder, the North Central Climate Science Center, the Natural Resource Ecology Laboratory at Colorado State University and the National Center for Atmospheric Research. Thirty experts from state offices, consulting groups and academia reviewed the report.

CIRES is a partnership of NOAA and the University of Colorado Boulder.

The North Central Climate Science Center is a partnership with the Department of Interior and Colorado State University.