Posted by Wolf on Wednesday, 22 April 2015 in General Environment

State of the planet: 7 eye-opening facts for Earth Day 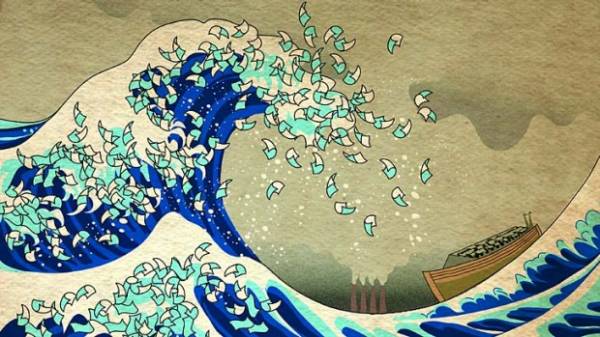 The amount of carbon dioxide gas, a global warming pollutant, has risen to the highest level in at least 800,000 years. Monthly average Arctic sea ice extent in March was the lowest in the satellite record. So far, 2015 has seen the warmest start of the year in at least 136 years.

For the 45th annual Earth Day on Wednesday, we compiled seven facts about the current state of our planet — indicators of the Earth under stress, largely due to humanity's own footprint.

In the video above and list below, learn how manmade climate change has drastically altered our world.

1. Atmospheric CO2 concentrations are at a record high: greater than 400 ppm.

Smoke rises from a brick kiln on the outskirts of Gauhati, India, on Jan. 26, 2015. Heavy reliance on fossil fuels has transformed New Delhi into the planet's most polluted capital and made India the third-biggest national emitter of greenhouse gases.

Carbon dioxide levels in the Earth's atmosphere exceeded 402 parts per million in April 2014 — the highest it has been in at least the past 800,000 years. The buildup is a result of the burning of fossil fuels, and is resulting in global warming. Because a single molecule of CO2 can stay in the atmosphere for hundreds of years, today’s emissions will affect many future generations.

2. We dump 19.4 billion pounds of plastic into the ocean every year.

A comprehensive February 2015 study found that 8.8 million metric tons of plastic waste are dumped into the ocean annually. As the world’s population density increases, scientists say marine debris levels could reach up to 155 million metric tons (341.7 billion pounds) by 2025.

3. An estimated 18 million acres of forest are lost each year.

This Sept. 15, 2009 file photo shows a deforested area near Novo Progresso in Brazil's northern state of Para. On Feb. 21, 2015, Brazil detained a land-grabber in Para, thought to be the Amazon's single biggest deforester.

Although deforestation has shown signs of decreasing in some areas, logging and other forms of forest-clearing affected an estimated 13 million hectares of land every year between 2000 and 2010. Due to afforestation and natural expansion, the net forest loss was 5.2 million hectares per year. Forests are important sinks for carbon dioxide and hotspots of biodiversity.

The 2015 United Nations World Water Development Report found that unless the international community “dramatically” improves water supply management, the planet may face a 40% shortfall within the next 15 years. This is due to increased demand — agriculture uses 70% of the world’s water withdrawal, and in order to feed the world’s rapidly growing population, we need to produce 60% more food from now until 2050.

5. Climate change-related extreme events, plus population growth, could increase hunger by up to 20% by 2050.

Due to extreme weather events such as floods and droughts, climate change adversely affects agricultural productivity, increasing the risk of hunger and malnutrition and breaking down food systems. The majority of hungry people live in areas of the world prone to climate-related disruptions. Making such populations more resilient to such impacts is a high priority for international development organizations.

6. September Arctic sea ice extent is declining at a rate of 13.3% per decade. 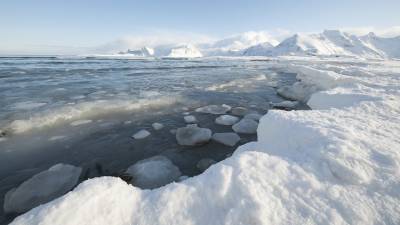 Arctic sea ice coverage reaches its minimum in September every year. In September 2014, the arctic sea ice reached its sixth lowest minimum on record since 1978. The monthly average Arctic sea ice extent in March 2015 was the lowest in the satellite record.

7. Earth is off to its warmest start on record.

Data from the National Oceanic and Atmospheric Administration (NOAA) and the Japan Meteorological Agency (JMA) show that Earth has had the warmest first quarter of the year on record.