Posted by archerzhh on Thursday, 04 June 2015 in Fishing 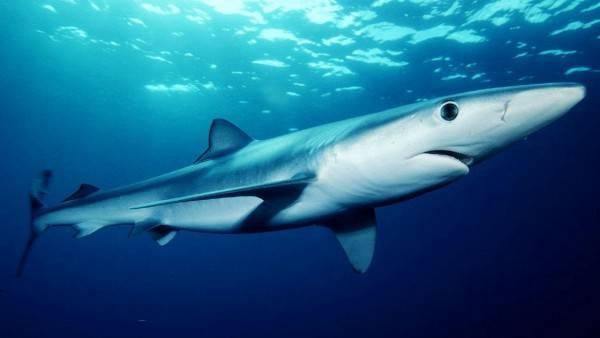 More than 90 species of marine fishes in Europe’s waters are threatened with extinction, according to a report published today by the International Union for the Conservation of Nature (IUCN). Sharks, rays, and other cartilaginous fish are at greatest risk, with about 40% facing extinction. The main threat is overfishing, the report warns.

Europe’s marine fisheries are among the most productive in the world, supporting the livelihoods of 5.4 million people across the European Union and generating a gross added value of almost €500 billion annually. Unfortunately, the fisheries are being harmed by pollution, coastal development, offshore oil and gas, and mining. What really pushes some species toward extinction, however, is unregulated overfishing. “There’s been no effective movement on fisheries management in the Mediterranean in the last decade”, says Nicholas Dulvy, a marine ecologist at Simon Fraser University in Burnaby, Canada, and one of the report’s authors.

The report, which was funded by the European Commission, is the first complete assessment of the extinction risk for all the marine fish in the region. Dulvy and other scientists evaluated the status of more than 1200 species native to the Mediterranean Sea, the Black Sea, the Baltic Sea, the North Sea, and the European part of the Atlantic Ocean. Although conservation measures have been successful in improving stocks for some species, such as Atlantic cod and Atlantic bluefin tuna, other species, such as Atlantic halibut, Atlantic salmon, and turbot, still need help. The populations of more than 90 other species have plummeted low enough that they could go extinct, the report warns.

The situation could be even worse, because scientists lack enough information to properly assess some 20% of the fish species present in European waters. Rainer Froese, a marine ecologist at GEOMAR Helmholtz Centre for Ocean Research in Kiel, Germany, fears many of these species are threatened. “We have no clue how big the population is, whether it’s shrinking, what percentage is it now of what it should be—we just don’t know,” he says. “But there’s a high suspicion that actually they are not in good shape.”

The report recommends the immediate reduction of targets and incidental catches of species identified as threatened. They should also ensure that healthy species are harvested at sustainable levels.

Many species don’t have any catch limits established, such as sharks in the Mediterranean. The blue shark, for example, is one of the most exploited species in European waters. It’s a major slice of the global fin trade, and Spain is by far the biggest exporter of shark fins and meat, but the fishing industry can harvest as much as they want.

The new Common Fisheries Policy (CFP), which came into force in January 2014, will change the situation. It mandates the end of overfishing by requiring catch limits on all commercial species by 2020. In the foreword to the IUCN report, European Commission Director Pia Bucella writes that its findings will be “crucial” for informing the CFP and other marine policies.

Froese says that Europe has a ways to go to really protect its biodiversity, but he remains optimistic. “We have the right laws,” he says, even though their implementation, he adds, is slow and uncertain.