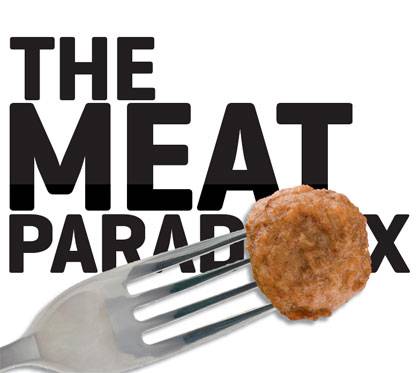 To eat or not to eat? That is the question.

It seems that many Americans are loving towards their pets, yet eat domesticated livestock without double thinking. How is it that animals smarter than dogs end up on the dinner table? A team of scientists at the University of Melbourne took to finding an answer. They have found, after years of research, that it has to do with the essence of our psychiatric behavior. Humans, unlike other animals, have the intellect to rank animals in terms of intelligence. For example, a chicken is less intelligent than a dog so we find dogs to be better companions. We like to classify animals into two major categories: thinking and nonthinking. Animals that think are harder to eat, whereas animals that can not think are easier to eat. What scientists have found, however, makes this paradox even more confounding. They have found that some animals humans eat can think, most of them can even feel (including fish).

How is it that humans, given the fact that our domesticated livestock can think/feel, still eat them? It may have to do with gender and societal roles. It may even have to do with some of the negative aspects of human behavior, namely racism. Here's how that works. In our attempt to classify animals, and each other, we separate them into categories (as aforementioned). These categories are similar to the categories we place people in, and it leads to racism, prejudice, etc. 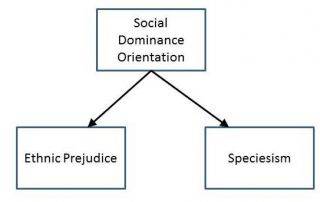 One ethnic group tends to dominate over another ethnic group. When humans see this as a fundamental part of humanity, they come up with ways to deter the immorality of it in order to avoid cognitive dissonance. The study by Melbourne found, interestingly enough, that gender plays a huge role in attitudes towards meat consumption. Females are more likely to be vegetarian/vegan; Men make up the large majority of carnivores and hunters. They also shared different outlooks on what it means to be a thinking animal. Men generally think that domesticated animals are not thinking, therefore making them suitable candidates for consumption. This also led to findings suggesting that men are more aggressive and domineering in general, and that this stance on meat eating could have more to do with their behavior in general.

Whatever your thoughts on these findings, I think we can all agree that this paradox exists. Although I do not want Fido hurt more than the other guy, I find it strange that he's protected by our behavior more than a cow. Maybe to eat or not to eat isn't the question, maybe we already have the answer and we must move forward with asking "why"?