Posted by archerzhh on Wednesday, 08 July 2015 in Climate Change

Pope Francis Visit And Climate Change In The Galapagos 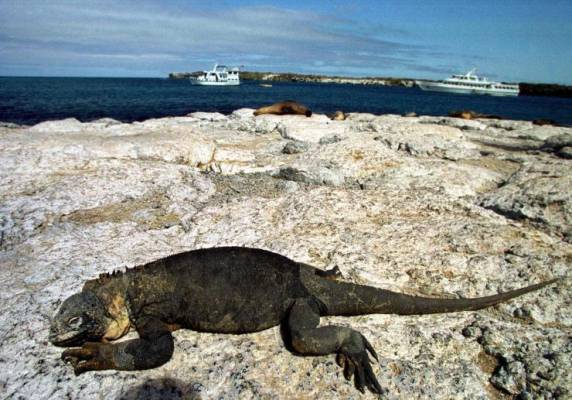 Pope Francis has urged Ecuadorians to not let progress destroy the country’s natural environments, including Ecuador’s famed Galapagos Islands, an archipelago whose biodiversity is known around the world but whose fragile habitat is threatened by climate change, particularly by the worsening effect of El Niño. While Ecuador’s oil industry has brought unprecedented amounts of money to the country in recent years, it has also put a strain on Ecuador’s already stressed ecosystems, Francis warned.

Francis underscored the need to protect the environment against for-profit development and exploitation during a speech in front of President Rafael Correa in Ecuador on Sunday. "From the peak of Chimborazo to the Pacific coast, from the Amazon rainforest to the Galapagos Islands, may you never lose the ability to thank God for what he has done and is doing for you," he said, according to the Associated Press. "May you never lose the ability to protect what is small and simple."

The Galapagos Islands are located about 625 miles off the coast of Ecuador and consist of about 19 main landmasses. From its giant tortoises to marine iguanas, much of the wildlife there is endemic to the islands, meaning the animals can’t be found anywhere else on earth. The islands were deemed a UNESCO World Heritage site in 1978, making them among the first sites ever listed.

The vulnerability of the islands to even the smallest change in the environment has made the Galapagos one of the most fragile ecosystems in the world. Scientists studying the effects of climate change on the islands have been particularly concerned over the effect of El Niño on the archipelago.

Research has shown that climate change is threatening the islands’ flightless cormorant, one of the world’s rarest seabirds found only on the coasts of two of the archipelago’s islands. During recent El Niño events, the bird’s population has plummeted to around 400 adult pairs, down from about 1,000, according to a decade-long study released in 2013. During El Niño, blue footed boobies tend to abandon their breeding colonies.