Posted by archerzhh on Thursday, 30 July 2015 in Clean Technology

Wyoming wind could save California water 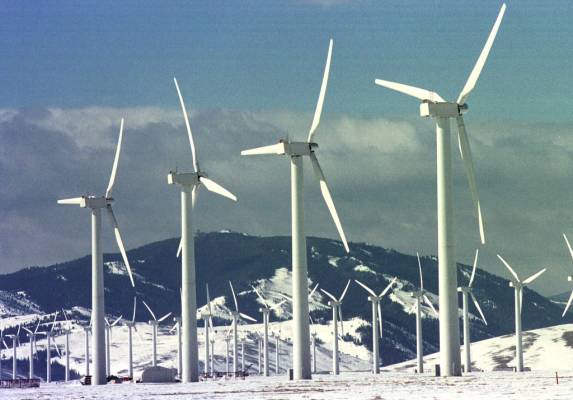 CHEYENNE — California regulators could achieve savings in water use, electricity rates and greenhouse emissions by turning to Wyoming wind power to help offset the natural ups and downs of wind and solar power in their state, according to a University of Wyoming report released Monday.

The reason: Wyoming’s wind patterns tend to be opposite of those in California.

The wind in Wyoming tends to blow more during the winter and afternoon. California tends to be windier during the summer and at night, according to the report for the Wyoming Infrastructure Authority by Jonathan Naughton of the university’s Wind Energy Research Center.

That the wind doesn’t blow all the time and the sun doesn’t shine at night or on cloudy days are two of the biggest shortcomings of those renewable energy sources. But spreading renewable power out across the grid can make renewable energy generally more viable.

Chances are, if the wind isn’t blowing in one region, it’s gusty somewhere else.

The study compared wind patterns at California wind farms to those at sites with wind potential in Wyoming, including an approximately 1,000-turbine wind farm in south-central Wyoming that the Denver-based Anschutz Corp. plans to build to export electricity to California.

Naughton said using Wyoming wind could help California save water: as much as 1.2 billion gallons a year as California relied less on power plants fueled by nuclear energy and fossil fuels.