Posted by Joao Fonseca on Friday, 07 August 2015 in Lakes/Rivers/Wetlands 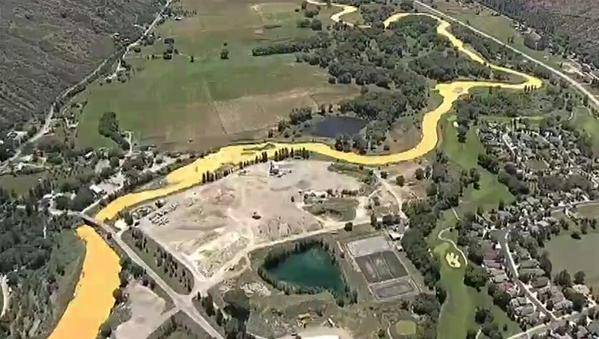 A team of US regulators investigating contamination at a Colorado goldmine accidentally released a million gallons (3.8 million liters) of orange-hued waste water containing sediment and metals into a local river system, the Environmental Protection Agency said on Thursday.

The waste water had been held behind a barrier near the abandoned Gold King Mine, but was accidentally emptied into Cement creek, which flows into the Animas river in San Juan county, said an EPA spokesman, Rich Mylott.

Several workers were in the EPA crew that was using heavy equipment to pump and treat the waste water when the breach occurred, Mylott said, adding that none had been injured.