Posted by Flamero on Monday, 31 August 2015 in Clean Water 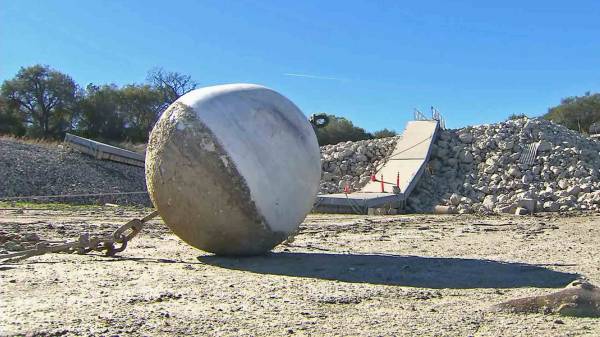 Looking for water to flush his toilet, Tino Lozano pointed a garden hose at some buckets in the bare dirt of his yard. It's his daily ritual now in a community built by refugees from Oklahoma's Dust Bowl. But only a trickle came out; then a drip, then nothing more.

"There it goes," said Lozano, a 40-year-old disabled vet, masking his desperation with a smile. "That's how we do it in Okieville now."

Millions of Californians are being inconvenienced in this fourth year of drought, urged to flush toilets less often, take shorter showers and let lawns turn brown. But it's dramatically worse in places like Okieville, where wells have gone dry for many of the 100 modest homes that share cracked streets without sidewalks or streetlights in California's Central Valley.

Farming in Tulare County brought in $8.1 billion in 2014, more than any other county in the nation, according to its agricultural commissioner. Yet 1,252 of its household wells today are dry, more than all other California counties combined.

Lozano, a 40-year-old disabled vet and family man, has worked with his neighbors to rig lines from house to house, sharing water from a well deep enough to hit the emptying aquifer below. County trucks, funded with state drought relief money, fill 2,500-gallon tanks in many yards. Residents also get containers of drinking water, stacking them in bedrooms and living rooms.

These "Third-World-type conditions" are hidden from plain sight, says Andrew Lockman, of Tulare County's Office of Emergency Services. "It's not an earthquake or flood where you can drive down the street and see the devastation."

Okieville is quiet, dry and hot. Close your eyes and you're likely to hear a rooster crow or a dog bark. Agriculture is the main employer, and for miles around, dense fields of deep green cornstalks grow as feed for dairy cows. Alfalfa, almond, oranges and grapes abound. Residents express pride in their town, and support the need for irrigation.

"They need water for the cows," said Okieville resident and tire salesman Gilbert Arredondo. "Without dairies we wouldn't have jobs. They produce cheese."

For 150 years, surface canals and underground aquifers turned semi-arid regions of California green, and even in drought, the state produces most of America's fruit, vegetables and nuts.

But the meager Sierra Nevada snowpack doesn't replenish the rivers like it used to, and farmers are drilling ever-deeper wells to compensate for the plunge in surface water. One farm bought its own $1 million drilling rig just to ensure its supply.

So far, 15 shallower wells used by 23 homes in Okieville are depleted.

Maria Marquez, a 50-year-old widow, panicked when her shower abruptly ended in June 2014. They couldn't afford to move, and who would buy a house without running water? Drilling her own new well would cost more than years of earnings from the food truck where she works.

Unlike Lozano, who rents his home, Marquez was eligible as a homeowner to get a tank installed for washing and flushing, to be filled each Monday by a county truck, as well as bottled water for drinking and cooking through California's $3.7 billion drought relief program, which includes $38 million for drinking water and tanks.

Her neighbor Christine Dunlap, 72, is among the few left with Dust Bowl roots. As with other "Okieville" communities in California, the hundreds of thousands of Midwesterners who migrated west in the 1930s were mostly replaced by migrants from Mexico after the camps evolved into permanent communities.

"We've got used to it," said Dunlap, whose 170 foot-deep well ran dry in February. She's still got family, she said, so "we consider ourselves lucky."

But sustainable alternatives remain years away, and the groundwater supplying nearly 60 percent of the state's needs in dry years is being used up like never before.

Seeking a solution for problems in Okieville, 5 miles outside of Tulare, Maria Marquez welcomed Maria Herrera, an organizer for the nonprofit Self-Help Enterprises, who brought a team of engineers and a lawyer to address about 50 people gathered in her dirt yard. "We have a lot of important items to talk about tonight," began Herrera.

As the night wore on, consensus seemed to grow around forming their own water district, and applying for state and federal grants to pay for two 500-foot deep wells costing about $2 million. Monthly water bills would be about $50, and everyone would get reliable water — at least until the surrounding farms dig deeper.

It would take at least two years to design and build it before water flows, engineer Owen Kubit explained.

"I don't think we can last this summer without no water," Arredondo said.

Others nod in frustration.

"We can pray for rain," Kubit said.

Marquez does pray, kneeling alongside one of her granddaughters after the girl's nightly bath.

"God, give us water so we don't have to move," the 4-year-old says, pressing her palms together. "God, please fill up our tank, so we don't run out of water."