Posted by archerzhh on Saturday, 05 September 2015 in Water Conservation

5 Things You Should Know About California’s Water Crisis 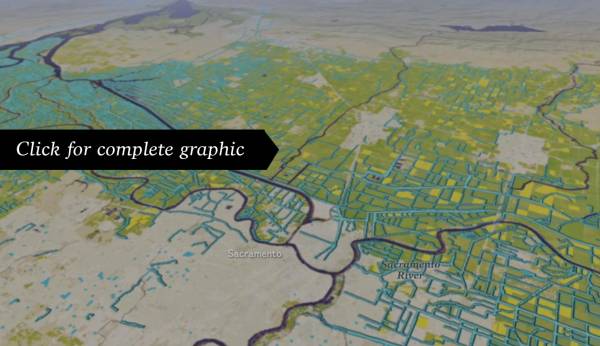 Drought, and the resulting shortage of melting snow, is driving the historic water shortages across much of the American West.

Last week, California Governor Jerry Brown announced his state’s first-ever mandatory water restrictions, in an effort to cope with four years of the worst drought in the state’s history.

The restrictions, under which cities and towns in the state were told to cut water use by 25 percent, could be the first step in what many researchers and analysts say is a fundamental change in the way California uses its diminishing water supplies. During the past year, National Geographic has reported extensively on the drought in California and on emerging water scarcity across the western United States, and shown how a warming climate and the lack of snow in the Cascades and Sierra Nevada mountain ranges have dramatically reduced snowmelt, a crucial provider of water to California and the agricultural belt in its Central Valley.

Here are five things you need to know about California’s water situation:

1. The state (and much of the West) relies heavily on snowpack each winter to resupply surface water streams and lakes. Because of a lack of winter storms and record high temperatures this past winter, snowpack in California is at an all-time low. This is the fourth consecutive year that the snowpack has been below normal. The state’s hydropower supply is also threatened when snowpack is scarce.

2. When surface water supplies are low, hidden water supplies beneath the surface in aquifers, or groundwater, are drilled to make up the shortfall. A large aquifer under the Central Valley is being rapidly depleted to make up for shortfalls in surface water supply. A 2011 study indicated that the Central Valley Aquifer is losing an amount of water each year equivalent to the nearly 29 million acre-feet of water found in Lake Mead, the nation’s largest surface reservoir on the Colorado River. (An acre-foot is one acre of ground covered one foot deep in water.)

California for the first time last year passed legislation regulating groundwater use, but those restrictions will not come into effect for years.

3. While the 25 percent water use restrictions announced last week are intended to help reduce demand, most of the water in California is used for farming, which was largely not included in Brown’s announcement on restrictions. California’s farms produce and export fruits and vegetables, hay for livestock, meat and dairy products. Surface water for farms is allocated from state and federal water projects.

Water supply restrictions for farmers may be announced soon by the state, but farmers have been drilling groundwater to compensate for surface supply shortages. Last week’s rules require only that agricultural operations improve their reporting of water use to the state.

4. California is not the only state in the West facing water supply issues. Winter snowpack in Oregon and parts of Washington was far below normal. The Colorado River Basin, which supplies water to Phoenix, Las Vegas, Los Angeles, and San Diego, has also been in a drought for more than a decade, and the river basin’s aquifers have been declining too.

5. When California faced a major drought in the late 1970s, fewer than 20 million people lived in the state. Now nearly 40 million live there. While Californians have drastically improved the efficiency of their water use in recent years, if rain and snow do not arrive later this year, the supply of groundwater—much of which is non-renewable—will continue to decline as it is used to make up for surface shortages.

Once aquifers are depleted, the state will have no backup supplies to surface water. Desalination could make up some of the difference, but can be expensive and is energy-intensive.

Dennis Dimick grew up on a hilly Oregon farm named Spring Hill, where groundwater from a spring provided his family's—and the farm's—water supply. He is National Geographic's Executive Editor for the Environment. You can follow him on Twitter, Instagram, and flickr.