Posted by Wolf on Sunday, 06 September 2015 in Water Conservation

Free markets are the solution to the California water crisis 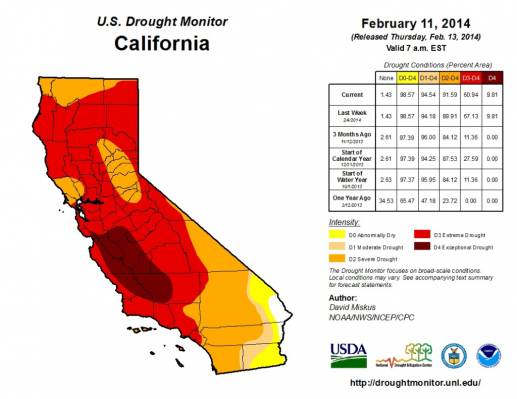 California looms at the precipice of a water crisis unseen in the history of the region. While many commentators and politicians are quick to blame markets for over-consumption, the current management system represents anything but open markets.  For years, the government of California has encouraged costly and inefficient use of water in a largely arid state by preventing the establishment of a transient and functional water market. Rather than encourage water use based on actual need and efficient allocation determined by price, the current system in California massively subsidizes the price of water and serves special interests.

The western United States currently operates under prior appropriations water rights, allocating water on a ‘first come, first served’ basis. Prior appropriation endows initial users with the right to whatever volume they claim for beneficial use at a specific time of the year, and this right to volume continues with each new user.  Developed in the early 20th century, this system remains the basis for increasingly unsustainable water use in the West because of current institutional mismanagement (Tarlock, 2001).

A remnant of gold rushes and homesteading, the current institutional framework encourages using one’s maximum water endowment, since it may not exist tomorrow. Counter to popular beliefs, the current system has very weak property rights that are limited to selling and buying initial endowment permits. This block purchasing system creates a market that does not reflect the price of supply, sustainability, and other endogenous and exogenous sources. Consequentially, the current system unfairly favors farming interests, which then become immune to the real cost of water, while cities must struggle to keep the faucets flowing (Tarlock 2001; Pimentel et al, 1997). California now faces its greatest water crisis as current consumption and environmental factors push the hydrological cycle to its production limits (Choy and McGhee 2014). 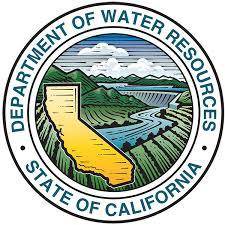 As state and federal governments rush to provide emergency funds for increased water divergence and public awareness campaigns, they humor stronger environmental regulation and water restrictions. Yet market liberalization provides the only solution if society desires environmental protection, resource conservation, and sustainable growth.  As economic development and growth aggravate water scarcity, it becomes integral that water resources respond to the same economic forces (Lee and Jouravlev, 1998). Water rights currently operate under archaic institutions, reminiscent of the legal norms dictating land use in England before enclosure. Market failure is inevitable when political and economic institutions fail to facilitate efficient exchange, and without a clearly established connection between prices and water resources, we will continue to waste water and endanger its future (Tarlock, 2001). Anything short of a market reform simply pushes back the inevitable misuse and inefficient allocation of water. 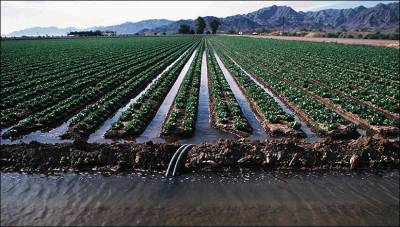 The current predicament results from years of private interests managing to create institutions that benefit themselves.  Of total water usage in California, over 80% goes to agricultural activity, despite agricultureirrigation2_big providing less than 2% of state GDP growth.  Historically speaking, the agriculture lobby has long been a powerful interest against market liberalization, and the current subsidies and system of water rights are additional methods of rent seeking by farmers.  Market liberalization includes ending the current subsidies enabling over-consumption of water, and eliminates one major market distortion. Furthermore, creating stronger property rights will reestablish the price mechanism in water markets, allowing the same dynamism that incentivized the shale oil revolution created from high oil prices.

Studies with water banks, a minor market reform, show the marginal benefits gained from slight increases to property rights, as participant farmers willingly preserved water supplies and desisted from behavior harming the collective good (Lee and Jouravlev 1998; Makridis, 2012). David Zetland, an economist specializing in water, has a much more daring idea for the future of water markets. Rather than continue the prior appropriations system now, he advocates a full water auction system to allow prices to fully dictate water allocation. Such a system would benefit the efficient uses of water, such as urban and industrial development, while allowing high value agriculture to continue.

Against all warnings, the western United States has continued down the path of ‘market denial,’ operating on the presumption that water management was an issue indefinitely plunged into the future. Now, with a worsening water crisis, the region faces an opportunity to embrace institutional market reforms that can save both industry and resources. Alternatively, they can reject studies and facts, and continue down the path of denial, risking resource collapse or ineffective government control. Nevertheless, while the water crisis continues to wreak havoc on Californians and the environment, the path that policy makers will choose remains unforeseen.

This piece solely expresses the opinion of the author and not necessarily the organization as a whole. Students For Liberty is committed to facilitating a broad dialogue for liberty, representing a variety of opinions. If you’re a student interested in presenting your perspective on this blog, visit our guest submissions page. Like what you read here? You can sign up for a weekly digest of the SFL blog and subscribe for a weekly update on SFL’s events, leadership programs, and resources.