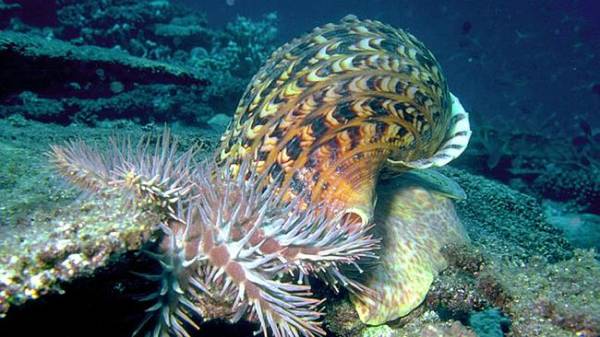 On Australia's Great Barrier Reef, the Crown-of-thorns starfish is the scourge of the deep as it eats and destroys large swathes of coral and threatens the overall health of the reef. This starfish is proving difficult to find and eradicate with conventional methods, so Queensland University of Technology researchers have created a hunter-killer robot – dubbed the COTSbot – that's designed to automatically search out and destroy these aquatic pests.

Responsible for approximately 40 percent of the Great Barrier Reef's total decline in coral cover, the COTS has been munching its destructive way for quite some time now. The COTS usually lives in relative harmony within reefs, but when conditions are right, it breeds and multiplies at a high rate and the coral polyps on which it feeds cannot regenerate quickly enough to adequately recover from such a large onslaught.

When a COTS finds its way onto a living coral colony, it uses its very large number of tube feet that surround its mouth and flexible body. In this way, it attaches itself closely to the surface of the coral, no matter how complex or branching. To eat the coral polyps, it extrudes its stomach through its mouth and out over the surface of the coral. By secreting digestive enzymes, the stomach of the COTS then breaks down the coral to a liquefied state and absorbs the resulting nutrient soup directly. This action leaves swathes of white coral skeletons across the reef.

Though the COTS does have some natural predators in various parts of the world in which it is found, on the Great Barrier Reef it is really only human intervention that makes any significant dent in their population. However, any attempt to thin out the COTS population sufficiently enough has proved expensive and labor intensive.

"Human divers are doing an incredible job of eradicating this starfish from targeted sites but there just aren't enough divers to cover all the COTS hotspots across the Great Barrier Reef," said Dr Matthew Dunbabin from QUT's Institute for Future Environments. "We see the COTSbot as a first responder for ongoing eradication programs – deployed to eliminate the bulk of COTS in any area, with divers following a few days later to hit the remaining COTS."

Having recently completed its first sea trials in Queensland's Moreton Bay to test its mechanical parts and navigation system, the COTSbot is fitted with stereoscopic cameras to provide it with depth perception, along with five individual stability thrusters, GPS navigation, pitch-and-roll sensors, and the weapon that gives it its killer status: A bespoke pneumatic injection arm that is thrust into a COTS to give it a fatal dose of bile salts.

When eventually deployed, the COTSbot will scour the reef for up to eight hours at a time, with the capability of injecting and killing more than 200 COTS along the way. Intrinsic to the new underwater vehicle's hunt-and-kill autonomy is its newly-developed computer vision and machine learning system at its heart.

"Its computer system is backed by some serious computational power so COTSbot can think for itself in the water. If the robot is unsure that something is actually a COTS, it takes a photo of the object to be later verified by a human, and that human feedback is incorporated into the robot's memory bank." said Doctor Feras Dayoub, who designed the COTS-detecting software at QUT's Science and Engineering Faculty and the Australian Centre for Robotic Vision.

To use and exploit these new systems, QUT roboticists have, for the past six months, developed and trained their robot using many thousands of images of the reef and video footage taken by COTS-killing divers to help the COTSbot recognize COTS among coral.

"We've now trained the robot using thousands of images of COTS collected on the reef and the system is proving itself incredibly robust at detecting the COTS," said Doctor Dayoub. "That in itself is quite an accomplishment given the complexity of underwater environments, which are subject to varying visibility as well as depth-dependent colour changes."

The creators of the COTSbot believe that is is the first autonomous underwater vehicle to be fitted with an injection system, and that it is one of the first able to accurately search-and-destroy even in the dynamic and challenging environment at depth, close to coral and in near proximity to the sea floor.

Though there may be other robots sailing the seas that help rid overpopulated and dangerous creatures, such as the jelly-fish shredding robots in South Korea, the COTSbot takes eradication methods to a whole new level with its sophisticated autonomous behavior and exceptional vision system.

Also critical to the project are advances in injection systems. The new single-shot eradication capability developed by James Cook University (JCU) makes the robot far more feasible than the standard, human-injected method that required up to 20 shots to kill a COTS.

"I was really pleased to hear about JCU's announcement last year of a one-shot injection method that had proved just as effective," Doctor Dunbabin said. "That was the game changer that opened the doors for a robotic solution to the COTS problem. Combining this with new advances in machine learning meant we could make COTSbot a reality."

The COTSbot wll be taken out again to the Great Barrier Reef later this month to test it on living targets. In this trial, human researchers will assess each COTS identification by the robot prior to the robot being allowed to inject it.

The COTSbot is slated to be autonomously working on the Great Barrier Reef by December this year.

The link to the video shows the COTSbot in action. https://youtu.be/RS3EpYfeJAk