Posted by gibby on Thursday, 24 September 2015 in Air Quality 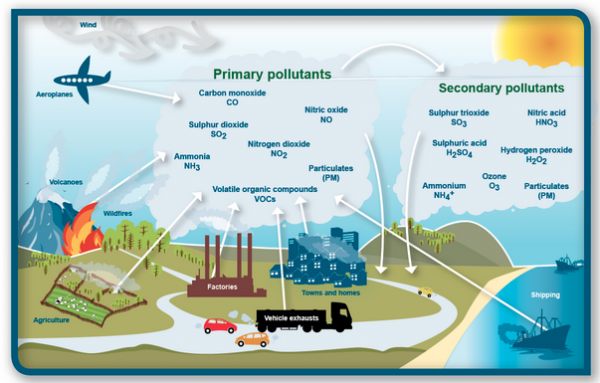 Local authorities in England, Wales and Northern Ireland will play a "central role" in improving air quality and reducing emissions to comply with EU limits, according to a UK government consultation.

The Supreme Court ruled in April that the UK government had to submit new plans setting out how it intended to comply with limits on nitrogen dioxide (NO2) in outdoor air, as established by the EU's Air Quality Directive, as soon as possible after the general election. In a new consultation, the Department for the Environment, Food and Rural Affairs (Defra) has asked local authorities with particular pollution problems to consider implementing 'Clear Air Zones', introducing low emission buses and taxis and upgrading cycling infrastructure.

Defra has also published individual air quality zone plans for the 38 'zones' that exceeded the maximum annual limit for NO2 in 2013, along with a draft UK overview.

The Scottish Government is consulting separately on the implementation of the UK plan and the zone plans applicable to Edinburgh, Glasgow, central Scotland and north east Scotland.

The EU's Air Quality Directive sets limit and target values for the concentrations of various air pollutants present in ambient air, including NO2. This is the main air pollutant that leads to ground-level ozone, which in turn can cause major respiratory problems and damage to animals and plants; and which is predominantly caused by traffic fumes. The limits came into force in 2010, although member states were able to apply for a five-year extension if they could demonstrate that they had workable plans in place to bring air pollution down to acceptable levels by January 2015.

The European Commission began formal legal proceedings against 17 member states for failure to comply with the limits last year. These proceedings coincided with a separate legal challenge against the UK government brought by ClientEarth, a group of activist environmental lawyers. After receiving guidance from the Court of Justice of the European Union (CJEU) on how it should enforce compliance, the Supreme Court gave the government until the end of this year to produce new plans in its final decision in April.

According to Defra, 80% of emissions in areas where the UK is exceeding the emissions limits are due to transport. The national plan therefore proposes individual emissions limits for four different vehicle types: buses, taxis, cars and vans. Local authorities would be responsible for policing these limits, and for incentivising increased use of electric, hydrogen-powered and other "ultra low-emission" vehicles, according to the consultation.

The consultation uses the example of London to show how "action to create cleaner air … can go hand-in-hand with continuing economic success". The London Low Emission Zone is the largest in Europe and the city will introduce the UK's first "ultra-low" emission zone in 2020, according to the consultation. The first fully electric bus route in the UK will be up and running later this month in Croydon, and there will be 300 electric buses and 3,000 double-decker hybrid buses running in central London by 2020.

The measures set out in the plan will be incentivised by at least £200m of government grants for plug-in cars and vans, and £50m of support for local authorities and transport operators to convert their taxis and bus fleets to lower emission versions. Further financial incentives "will be determined taking into account the outcome of the consultation and the current Spending Review", according to the consultation.

"Clean air is vital to our health and our environment and for making sure our cities are attractive places for people to live and work," said Elizabeth Truss, the environment secretary.

"Tackling air pollution is a priority for this government, and we want local authorities and members of the public to come forward and share ideas on action to be taken at local level to make our nation cleaner. From improving bus and taxi fleets to investing in cycling infrastructure and upgrading roads so they run more smoothly, we want to work with our great cities and help them make changes to become greater still," she said.